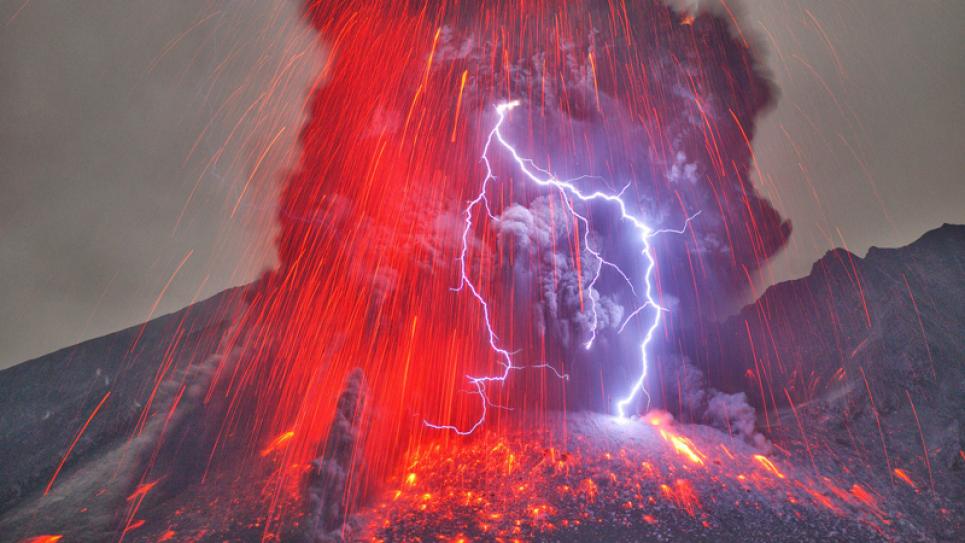 The recent news about Fuego, the volcano that erupted in Guatemala, definitely caught our attention. Did you see the social media discussions about the volcanic lightning that was detected? It is only within the last decade that scientists have begun to learn more about this phenomenon.

Volcanic lightning occurs during an explosive eruption, when ash and rock collide and produce static discharges. Lightning occurs wherever there are two regions with opposite charges between them. In a thunderstorm, lightning is defined as an electrical discharge between the atmosphere and the Earth or between different parts of the atmosphere (such as within a cloud, or from one cloud to another). The primary sources of thunderstorm lightning are separated charge centers within a cumulonimbus (thundercloud).
You can think of volcanic lightning as being more closely related to static shock, such as during dry conditions (getting shocked when touching a metal door handle, for example). The collisions occurring by the ash and rock within a volcanic eruption create static discharge, producing lightning activity and some pretty amazing images!

What do we know about volcanic lightning?

Does lightning happen during all volcanic eruptions?

Lightning does not always occur during a volcanic eruption. The Kilauea Volcano in Hawaii is actively releasing lava that creeps or moves at a much slower pace than Fuego, which has pyroclastic flow – a mix of ash, rock and volcanic gases that travels at hundreds of kilometers per hour. Volcanic lightning occurs during the explosive, pyroclastic flow eruptions, and is easily detected by a global lightning network.