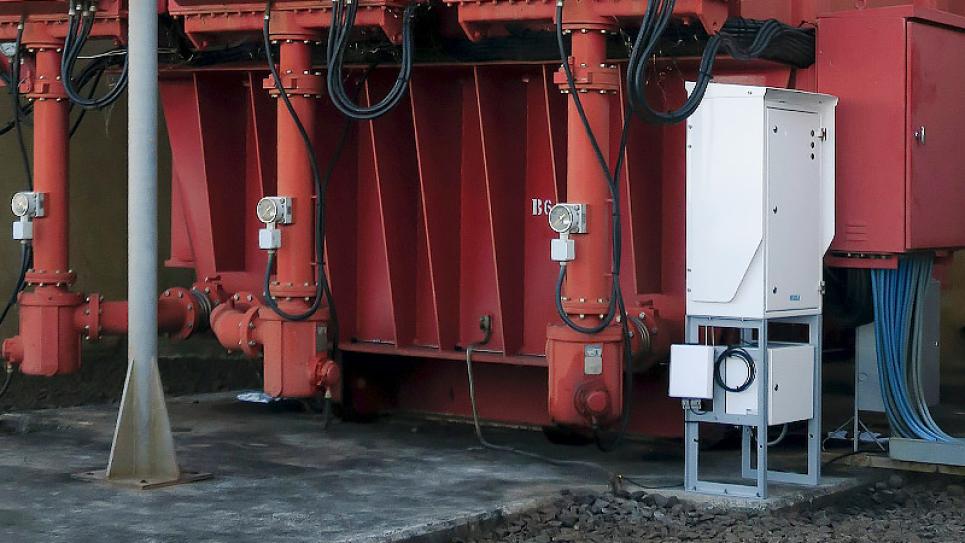 Without transformers electricity generation and distribution simply wouldn’t happen, so keeping a close eye on them is essential to maintaining a stable, high-quality supply. Online monitoring of transformer oil is a key tool to enable predictive maintenance – and therefore more reliable operation – for these highly valuable assets.

Getting to the bottom of a hot topic

The Salto Grande Hydroelectric Complex on the border between Uruguay and Argentina generates hydroelectric power for distribution in both Uruguay and Argentina, and is maintained by the Comisión Tecnica Mixta de Salto Grande (CTM). The facility was one of the first of its kind to analyze and keep a record of the dissolved gases in their transformers for the purpose of predictive diagnosis and identification of operational deviations.

In a power transformer, the temperature increases at the location of a developing fault. This temperature rise then leads to gases forming in the transformer oil, with the types and amount of gas indicating the nature of the problem – making it possible to intervene before the transformer fails, or at least to make quicker and better-informed decisions on how to tackle the problem.

A sealed single-phase GSU transformer installed at Salto Grande in 2002 had been experiencing suspected overheating since it was commissioned. Ethane, and to a lesser degree methane, had appeared and was increasing. Thermal issues are a specific concern for this transformer as its oil contains DBDS, which at high temperatures can lead to the formation of corrosive sulfur.

In June 2017, a Vaisala OPT100 Online DGA Monitor was installed to measure the key fault gases in real time. The monitor was connected to the transformer while live and installation took just half a day. The CTM transformer maintenance team analyzed the data for a year and compared it to the transformer operating conditions to see if there was any correlation. In addition, CTM Salto Grande took oil samples to analyze in their own lab for comparison.

The data from the DGA monitor demonstrated a clear increase in CO2 during high loading periods. When the load was lower or varying, CO2 remained stable or even decreased, indicating that a hotspot inside the transformer could be causing CO2 to be formed from either paper or oil.

By installing the Vaisala OPT100, CTM Salto Grande has been able to more accurately identify both the cause of the hotspot issue in the problematic transformer and the corrective action needed to resolve it. Additional testing has already been initiated, and with the OPT100 installed online, gases are now being accurately and consistently monitored and better controlled – reducing the risk of a hotspot developing into a more serious fault.

Eduardo Briosso, Asset Maintenance Manager at CTM: “Over two years after installation of the Vaisala OPT100 we have had no problems with the equipment at all – no user intervention and no consumables have ever been needed.”

The Substation Maintenance Manager also sees the benefits: “Online DGA and moisture monitoring has  provided us   with a key tool for implementing a predictive maintenance program,” he highlights. As a result, CTM is in the process of adding more online DGA monitors to its network.