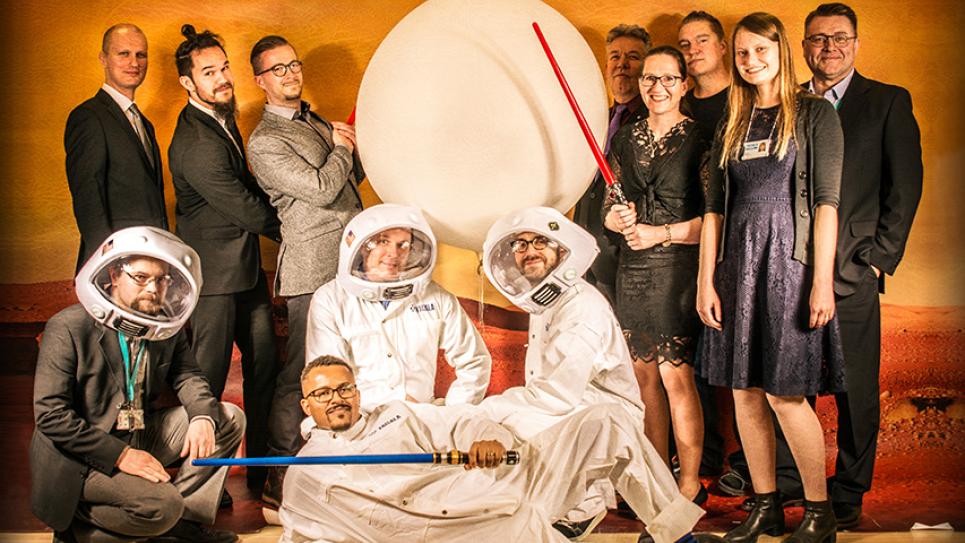 In 2018, Industrial Measurements’ Products & Systems organization used gamification in organizational development by further exploiting a concept that was first introduced by Operations in 2017. Under the theme “Awesome Place to Work” industrial Research & Development teams strived for game objectives of improving collaboration and information sharing between teams, activating participation in continuous improvement, and increasing employee satisfaction.

The concept was built around a game with a journey from Earth to Mars that was played in project teams alongside every day work. Teams worked together to reach common goals, and made their way from Earth to Mars in six months with five steps to achieve in between.
Tasks along the way included for example lean practices, competence building in selected areas, and information sharing by e.g. organizing Open Door events to the rest of the organization. Giving positive feedback to colleagues was enforced by every team giving a monthly “Awesome Astronaut Award” for a team of choice that was noticed for its achievements or support.

In the end a closing event was organized where the winning teams were awarded. Feedback on the piloted new ideas and practices was systematically gathered and the insight will be used for continuous development of the organization.

Space continues to fascinate the human consciousness, you only have to look at the success of Star Wars Saga to prove that. At Vaisala, our interest in space extends beyond science fiction. We are proud of being able to support space exploration efforts for the past 50 years. A number of space missions are planned for the coming years, including the second stage of ExoMars, but what might the future hold for the science, without the fiction?