The Canary Islands, and especially the island of La Palma, has been experiencing the volcanic eruption of Cumbre Vieja since September 2021. The volcanic eruption has been ongoing in the popular tourist destination for several months, with lava flows causing damage to property, ash plumes leading to disruptions to air travel and poor air quality caused by volcanic ash and noxious gases impacting the health of local inhabitants.

Vaisala’s Lidar Ceilometer CL61 with depolarization capability has been measuring the volcanic ash layers aloft since end of October. CL61 is installed at courtyard of El Paso town hall, located to the north of Cumbre Vieja at 723 meters above sea level. The La Palma International airport is located near the east coast town of Santa Cruz. 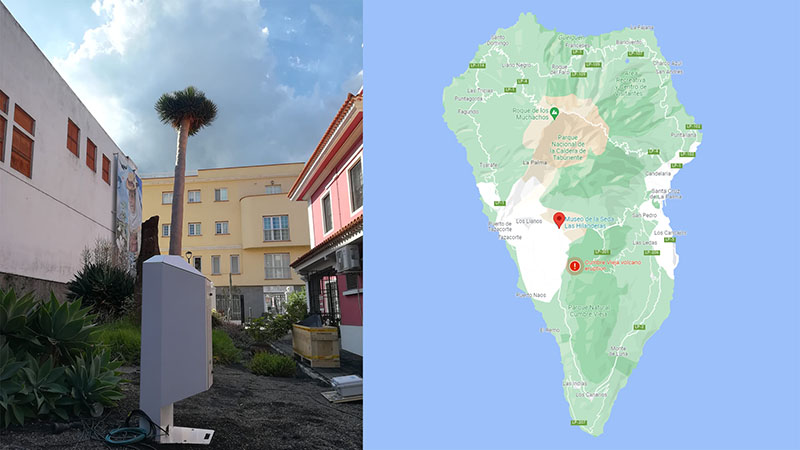 The CL61 data is used for understanding the volcanic ash layer movements above La Palma but also to notify the people of El Paso for possible ash rain. Most of the time the prevailing winds have driven the ash plumes towards southwest but occasionally the plumes have also been detected above El Paso and the airport, leading to precautionary measures being issued for the public, such as guidance to stay indoors or to wear masks and protective clothing, and delays to air travel due to high ash concentrations.

Volcanic ash above the boundary layer

Here are few measurement examples from CL61 volcanic ash measurements. The first example shows the attenuated backscatter profiles in a time/height plot. In this picture we see a strong intensity signal within boundary layer (up to 1,000 meters) but also a layer aloft at about 2,000 meters from 07UTC onwards. There are also clouds forming due to ash particles close to the top of the boundary layer which are seen as dark red signal on the plot.

When we observe the same day with the depolarization signal, which is based on depolarization ratio between parallel and cross polarized signals, we can clearly see the volcanic ash layer aloft above the boundary layer. The ash layer is seen with a depol ratio of 0.3 to 0.4, and in this case the layer aloft travelled above the La Palma island and did not cause ash deposition on the ground level. The cloud layer at top of boundary layer from 16UTC to 20UTC is a liquid cloud layer as it has depol ratio close to 0.0 as are also all the other clouds formed at the top of boundary layer on this day. 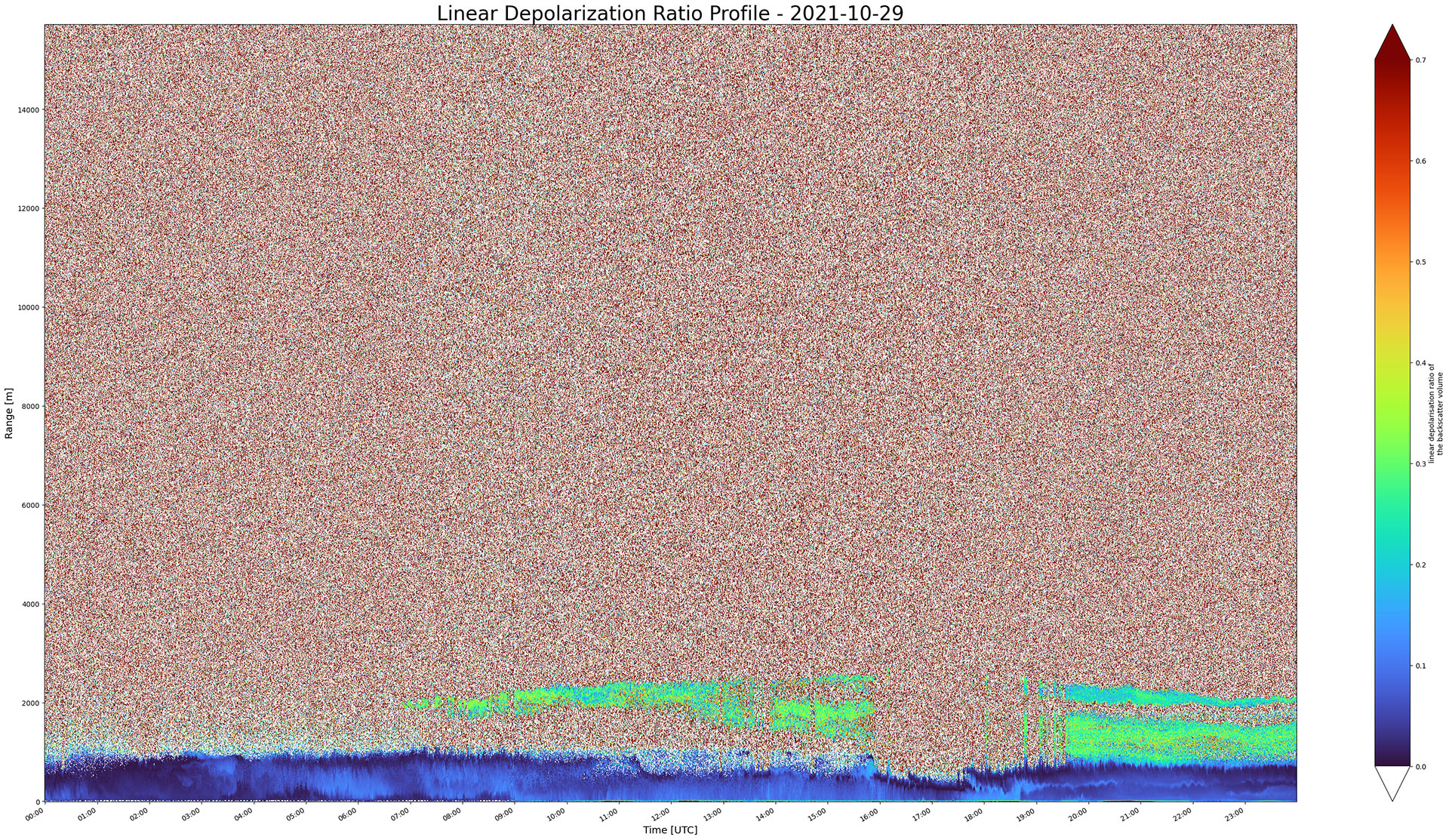 The second example shows volcanic ash rain which was also observed on the ground level. The first picture is showing the Volcanic Ash Advisory Center (VAAC, Meteo France Toulouse) forecast of ash layer on October 30 2021. From this we can see the forecast indicating the layer to be also above town of El Paso and CL61. 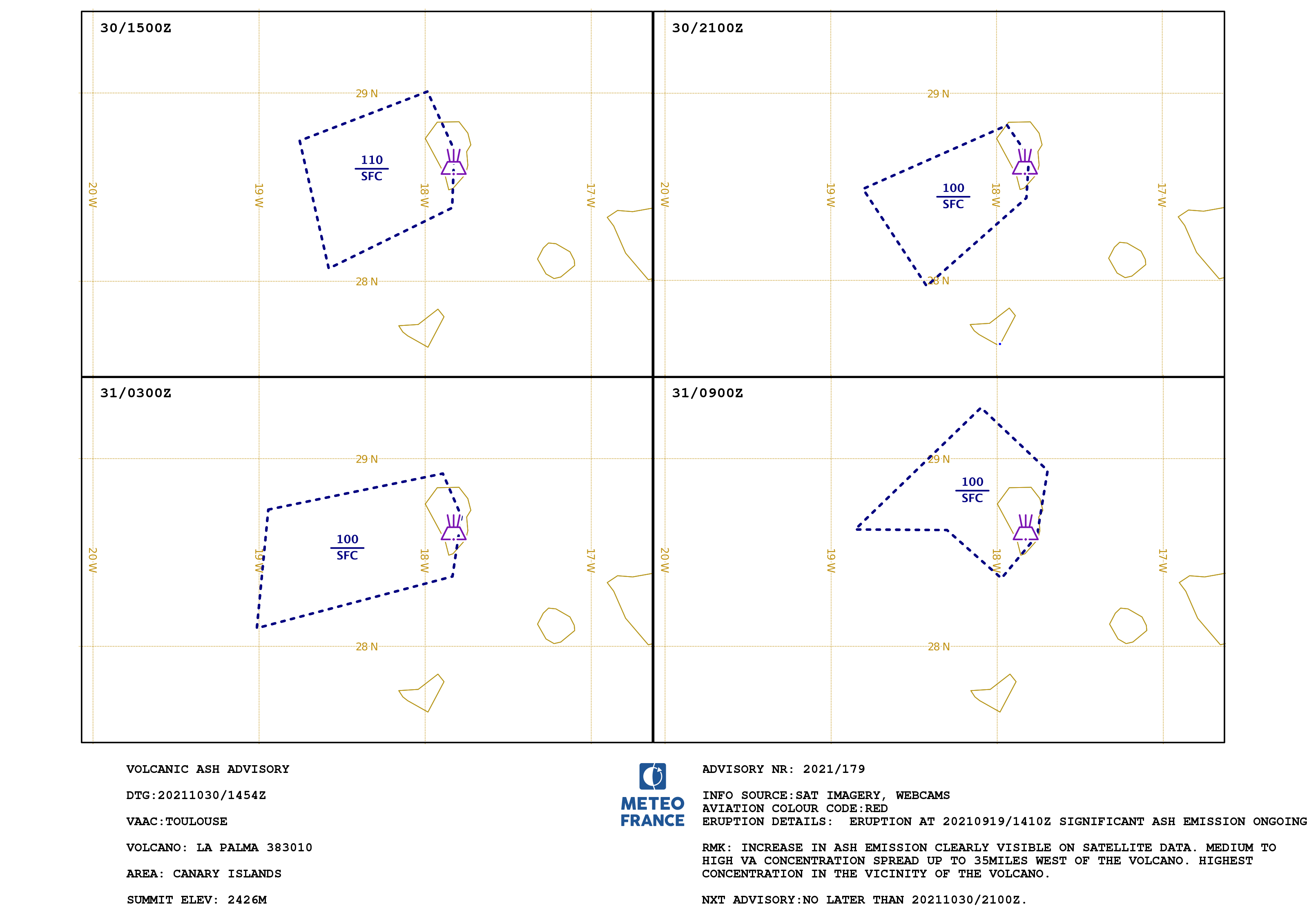 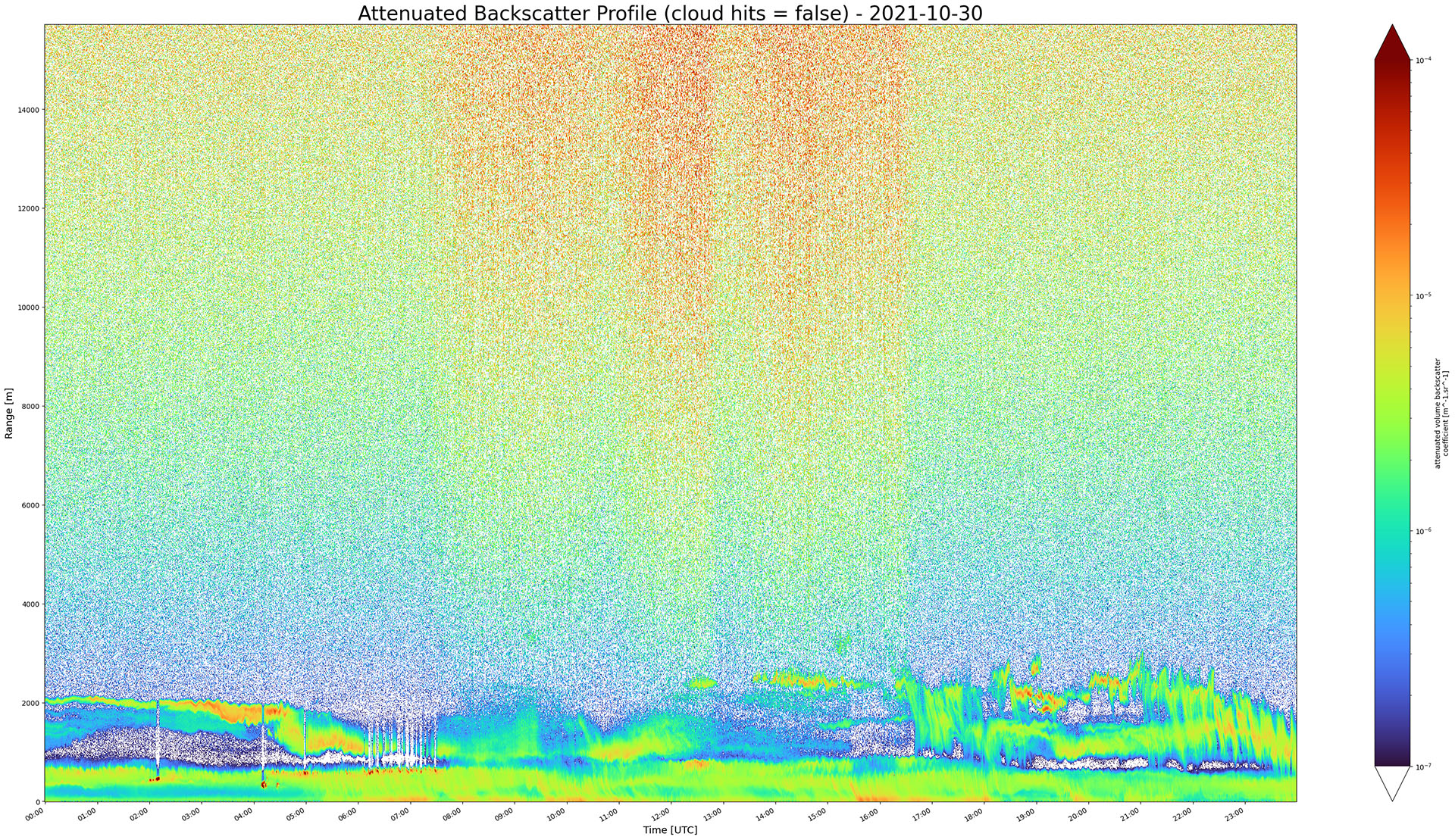 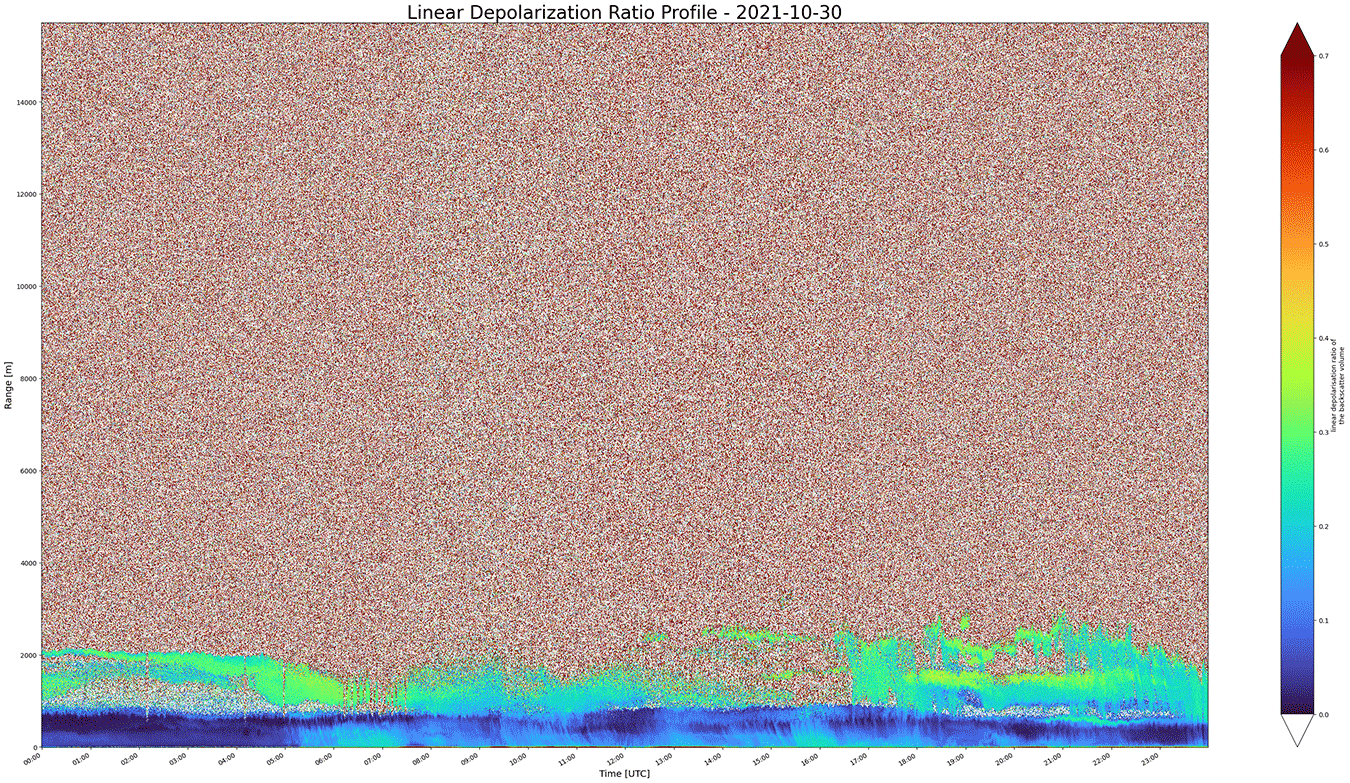 This study of using CL61 with depolarization capability to observe volcanic ash at La Palma is made in co-operation with AEMET.

Watch our recent webinar “Go beyond the clouds” to find out more about CL61 for aviation applications.