Fossil fuel combustion and other human activities release greenhouse gases like carbon dioxide, methane, and nitrous oxide into the atmosphere, trapping heat and increasing global temperatures. As our planet’s climate changes, the most rapid changes are occurring in the Arctic and Antarctic. In these remote stretches of Earth, temperatures are increasing three times faster than the global average, among myriad other impacts. More intense droughts, slower moving and stronger tropical cyclones, and sea level rise are among the consequences of climate change that have the potential to threaten significant portions of the global population.

Because of the threat that climate change poses to the planet, scientists and policy makers are striving to understand how Earth’s climate is evolving and how the most significant impacts of climate change can be mitigated. Accurate measurements of climate variables, like the 54 Essential Climate Variables are designated by the World Meteorological Organization. Vaisala believes in observations for a better world, and our technologies are used around the world to measure many of the Essential Climate Variables. 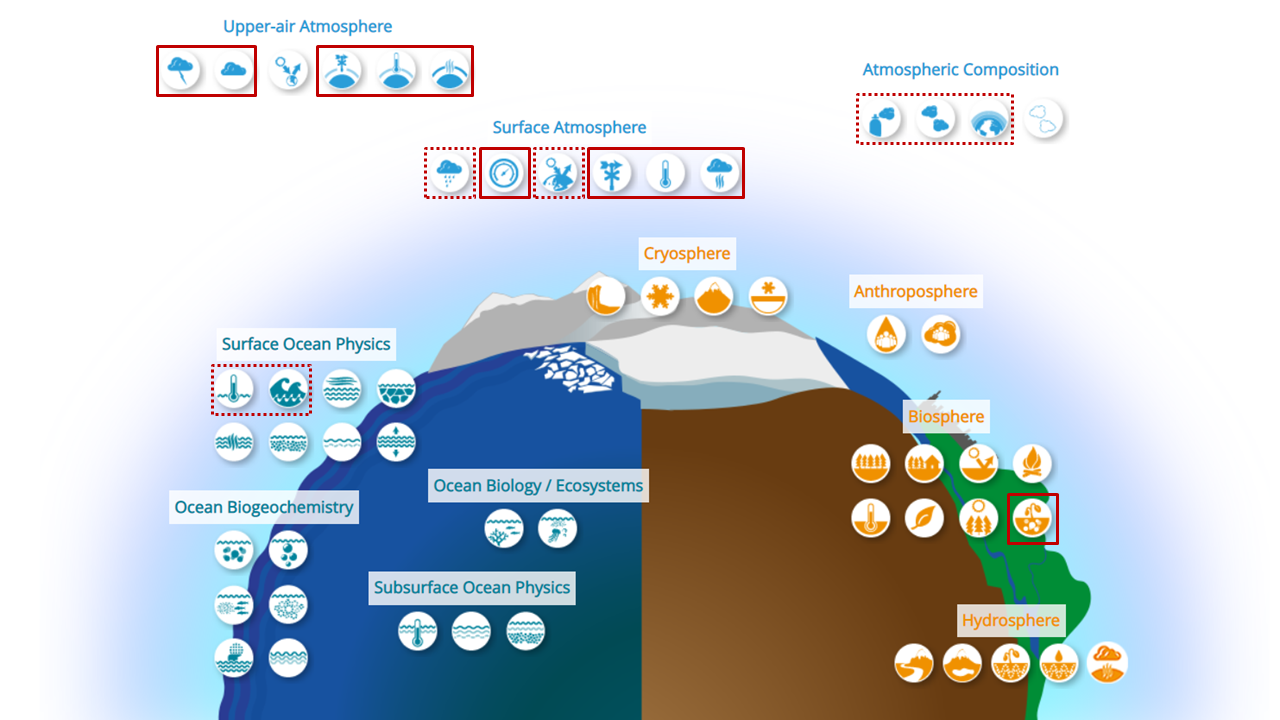 The 54 Essential Climate Variables with selected variables highlighted in solid and dashed lines that identify some of the variables Vaisala technologies measure. Image source: WMO

Mapping the Changing Climate in the Polar Regions

The Woodrow Wilson Center’s Polar Institute and the Embassy of Finland, Washington, D.C. recently hosted a panel discussion exploring how science and technology can help increase awareness about the changes occurring in the polar regions.

The Secretary-General of the World Meteorological Organization, Petteri Taalas, opened the panel with a discussion introducing the WMO, climate change, and potential impacts of climate change in the Arctic and Antarctic. Professor Taalas noted that if emissions of greenhouse gases remain the same, Artic temperatures by 2100 could be as much as 15°C higher than the 1900 temperatures. The Secretary-General also commented that many of the impacts of climate change in the polar regions will continue, even if emissions were to stop immediately.

Vaisala joined the panel by highlighting measurement technologies currently in use in the polar regions like radiosondes, automatic sounding stations, and the Global Lightning Dataset GLD360.

President and Director of Legal of Vaisala Inc., T.J. Mattimore and Lightning Applications Manager Chris Vagasky explained how Vaisala Autosonde technology is in use at 13 locations across Alaska, including on the Arctic Ocean coast in Utqiagvik. In 2019, GLD360 detected lightning within 52 kilometers of the North Pole. These represent just two of many technologies that can help us better understand how climate is changing in the high latitudes of Earth.

Evan Bloom, Senior Fellow at the Polar Institute, finished the panel by speaking to Arctic policy and science influencing Arctic policy. Mr. Bloom made a point that no Arctic policy is complete if it doesn’t also include a climate policy, which requires a strong commitment to research and science.

As researchers and policy makers continue to make efforts to mitigate climate change, Vaisala will continue to provide the tools to measure the variables that allow us to understand our world.

The full panel discussion is available to stream on demand - watch it here or visit the virtual event site.