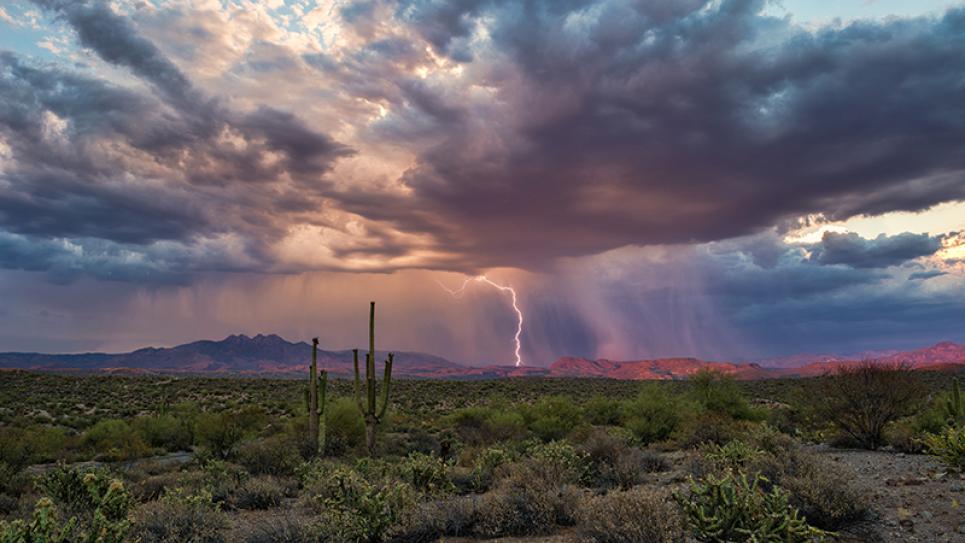 Lightning in U.S. national parks was recently summarized in a journal article published by the American Meteorological Society. This first-ever national study used data from Vaisala’s National Lightning Detection Network NLDN for the 46 national parks in the continental United States larger than 100 square kilometers. Figure 1 shows how these parks rank in terms of cloud-to-ground flashes per area of the parks. Notice that many of the 46 parks are in western states with low lightning frequency.

National park visitors travel to view natural features while outdoors. However, visits often occur in warmer months when lightning is present. The largest cloud-to-ground flash density is in Florida’s Everglades, and the smallest is near zero in Pinnacles National Park in California. The four parks with the largest number of visitors west of the Continental Divide, Grand Canyon, Zion, Yosemite, and Yellowstone, have most of their lightning from early July to mid-September and between late morning and early evening. Each park has its own spatial lightning pattern that is dependent on local topography.

Many of the people who visit national parks are from outside the state where the parks are located. So, lightning safety is problematic because the visitors are unfamiliar with the local situation when they visit for only a day or two at each park. When you visit a national park or any other outdoor location for recreation or leisure, remember the basic lightning safety rules. First, “When Thunder Roars, Go Indoors!” Second, ‘indoors’ means going into a substantial building or fully enclosed metal-topped vehicle. Picnic shelters, tents, and pavilions are not lightning-safe places. These lightning safety policies apply whether at home, work, or on vacation.