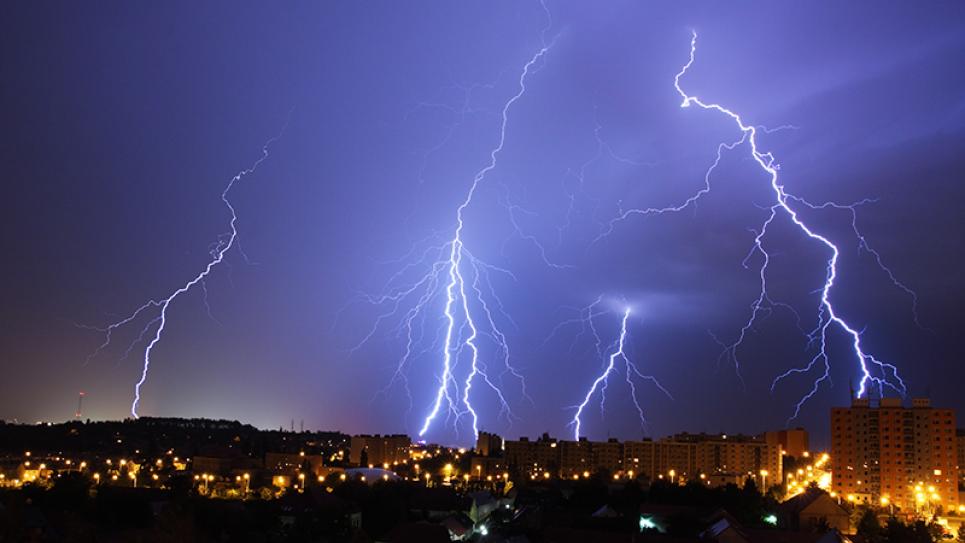 Today, Vaisala has made the National Lightning Detection Network NLDN, the world's best precision lightning network, even better. This upgrade to version 1.2.7 of the Total Lightning Processor (TLP), the brains behind NLDN, uses artificial intelligence and machine learning to improve the classification accuracy for lightning diagnostic applications, increase the number of events detected, and further minimize the occurrence of outliers – meaning even fewer potential false alarms.

All NLDN customers will get the new and improved data from today onward at no extra charge. Customers don’t need to do anything as the data will look the same, just with higher quality.

Before we dive into the details of this upgrade, let's look back at the history of this impressive network and what makes it special.

The National Lightning Detection Network was originally founded in 1983 and began detecting lightning events across its network, predominately on the East Coast of the United States. The very first lightning event detected was a -18 kiloampere cloud-to-ground (CG) stroke on June 1, 1983, located around three miles northwest of New Milford, Pennsylvania. Since its foundation, NLDN has consistently grown to provide leading coverage in each of the 48 continental United States and improved quality in areas such as location accuracy. Our performance is now better than 100 meters accuracy inside the network, and cloud-to-ground flash detection efficiency is better than 95%.

NLDN has unmatched precision, and users enjoy consistent performance and coverage across the continental United States, meaning we provide the most trustworthy data for climatological studies and serve as the most dependable lightning network for critical safety applications, forecasting of severe weather, damage verification, and power grid reliability.

Customers will now see around 1.5% increase in the number of reported lightning events. Most of the increase in events detected will be in-cloud (IC) events, but users will also see a modest increase in cloud-to-ground events as well. For reference, last year NLDN detected 170 million total lightning events (both CG and IC lightning), according to our 2020 Annual Lightning Report.

Until yesterday, NLDN reported an industry-lowest number of “outliers” (mis-located events) of around 0.1%, and now there will be even fewer of these situations. This further minimizes the risk of potential false alarms for customers.

For meteorologists, and those involved in diagnostic work, perhaps the most important improvement is the upgrade in event classification accuracy. With the help of refreshed artificial intelligence and machine learning algorithms, our ability to differentiate accurately between cloud-to-ground and cloud lightning events improves from 90% to 95%.

As the United States heads into lightning season, Vaisala’s NLDN will continue monitoring storm activity 24 hours a day, seven days a week, 365 days a year, with only 12-second latency for real-time data and better than 99.99% uptime.