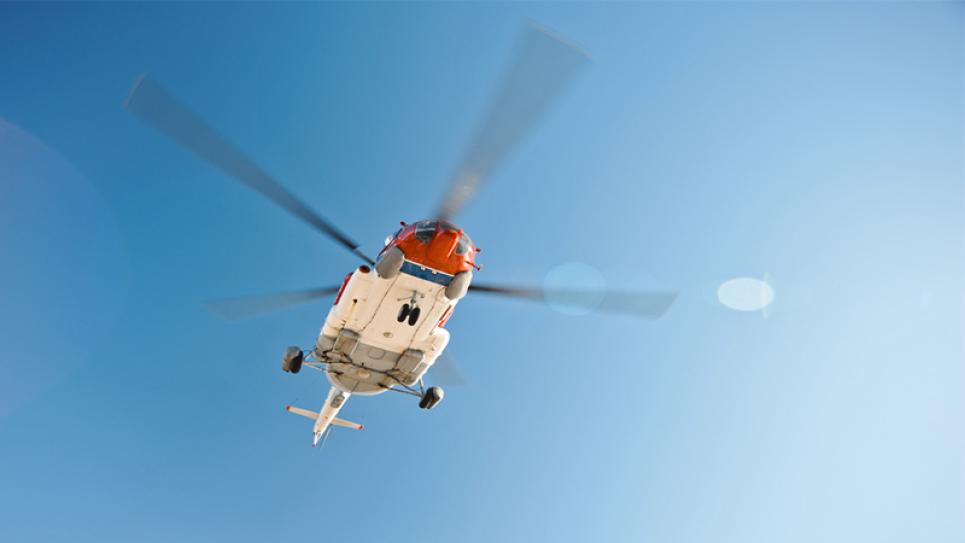 Accurate, real-time local weather and sea-state information provided by modern maritime weather monitoring systems reduces the uncertainty and risks associated with making operational decisions, in and around the port.

The UK Civil Aviation Authority’s CAP 437 guidance for helideck classification is continually updated to incorporate knowledge gained from research, accidents, and incidents, and to reflect technological advances aimed at improving safety. The next revision is set to include indicators for the combined effect of wind and helideck motion, which has implications for the safety and on-deck stability of helicopters.

Up-to-the-minute weather data is an important input to the thorough flight-planning process for helicopter operators, though the final decision on whether or not to operate a flight lies with the oil company. Data gathered from networks of automated weather stations on offshore oil and gas platforms and mobile installations provide information on cloud, visibility, and weather, and in some cases wave conditions. An example of one such network is the North Sea monitoring system Helimet, funded by Oil and Gas UK (OGUK) and operational since 2011.

A comprehensive review of offshore helicopter operations, undertaken by the UK’s CAA, Norwegian regulators, and the European Aviation Safety Agency, was prompted by the Super Puma incident in August 2013, in which four people lost their lives on a flight to Sumburgh from the Borgsten Dolphin rig in the North Sea. The stricter safety controls proposed will include a ban on flying in the most severe weather conditions, changes to the way pilots are trained, and a requirement for the regulator to approve each helideck for safe operation.

The globally recognized standards for classifying helicopter landing areas, the CAP 437 Standards for Offshore Helicopter Landing, are maintained by the CAA. CAP 437 was first published in 1981 with the goal of providing concrete guidance on the criteria applied by the CAA in assessing the standard of helicopter offshore landing areas for worldwide use by helicopters registered in the UK. The standards have since been revised on several occasions to incorporate new recommendations based on evolving technologies and as a result of knowledge gained from research undertaken by the CAA in cooperation with bodies such as the Health and Safety Executive (HSE) and the British Helicopter Advisory Board (BHAB). 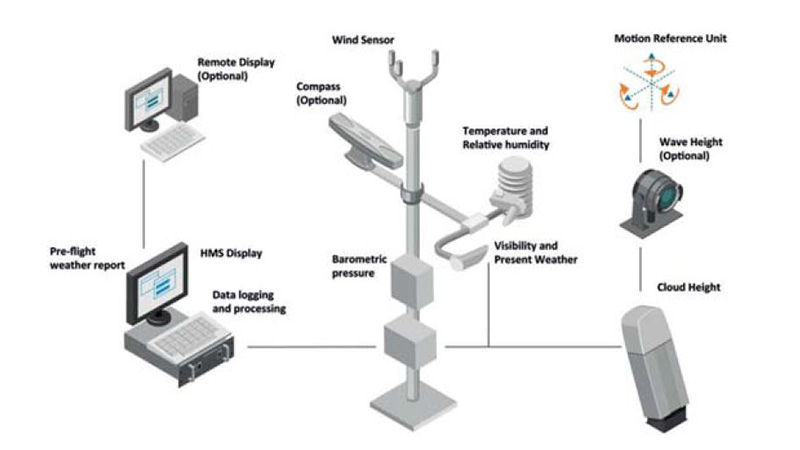 The Evolution of CAP 437

Updates to the standards have included changes relating to helideck lighting, markings, and the provision of meteorological information. CAP 437 is used by many countries as the guideline for helideck classification, as there are no other official rules for offshore landing areas. It’s the closest rule to Annex 14 Volume II – Heliports of the International Civil Aviation Authority (ICAO) standards for heliports and is maintained in line with that. The Helideck Certification Agency (HCA) is the currently the sole inspecting body for offshore helidecks and undertakes classifications globally.

The next revision of CAP 437, which is planned to be released in 2015, will incorporate definitions of two new parameters significant for the safety of landed helicopters: Wind Severity Index (WSI) and Motion Severity Index (MSI). The combination of wind and motion experienced on helidecks is potentially extremely hazardous. In extreme conditions there is a significant risk of a helicopter being tipped overboard. An idling, unbound aircraft with its rotors running is lighter and therefore more susceptible to these forces. Calculating MSI requires accurate helideck motion measuring equipment with the capability to calculate the helideck acceleration, inclination, and heave. To ensure accurate measurement, the motion-sensing equipment has to be mounted directly under the helideck centre, or alternatively below the helideck at a maximum distance of four meters from the helideck centre. WSI is defined as the 10-minute mean wind speed, representative of the wind at helicopter rotor height.

Limitations are defined by helideck pitch, roll, and inclination, and by helideck heave amplitude and rate. One primary requirement is that the installations have functioning measuring and monitoring equipment installed. MSI and WSI will both be included in a future revision of HCA’s guidelines. 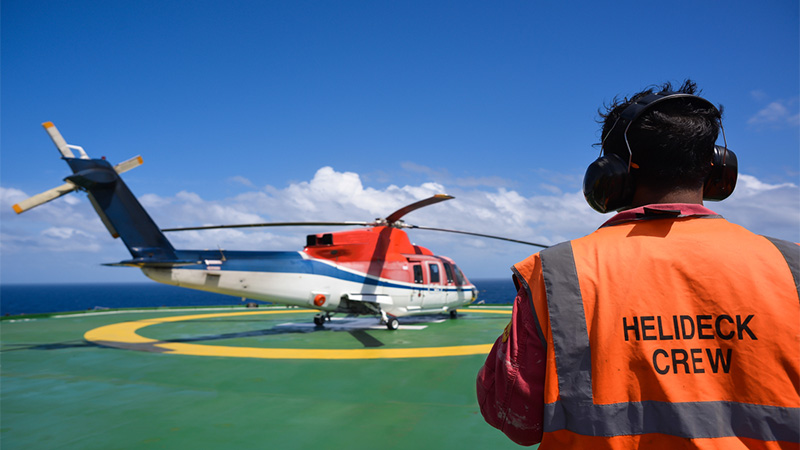 A helideck monitoring system (HMS) measures a variety of meteorological parameters, and the data is used to provide an accurate picture of the prevailing conditions and support safe flight operations. The CAA and HCA are currently investigating the safe limits for wind speed, and trials are ongoing to include WSI in the HMS as a required standard.

Rapid changes in temperature, humidity, and dew point affect different types of helicopters in different ways, and pilots use this data when assessing the safety of the approach and landing. Visibility, present weather, and cloud-height data is important pre-flight information.

All these parameters are measured in the immediate vicinity of the helideck using a variety of specialist sensors. This type of information also helps a pilot prepare mentally, to change his mind-set and be ready for flying in reduced visibility conditions. The ability to combine parameters like barometric pressure, visibility, present weather, and cloud height is very valuable. It gives pilots an accurate picture of conditions and helps keep them out of danger.

The HMS also measures significant heave rate and amplitude, as well as pitch and roll (inclination), with the data being used to control the helideck traffic light – in other words, to determine whether or not landing is allowed. In addition to the aforementioned motion parameters, lateral and vertical helideck acceleration will also be most probably an important input for MSI calculation.

Parameters related to sea conditions, such as wave height and water temperature, also have significance for helicopter safety. Wave height and period will be most probably introduced as a required measurement in the next revisions of both CAP 437 and HCA’s own standards. They are seen as important with regard to potential offshore rescue operations. Also, the risk of a ditched helicopter capsizing is much greater in severe sea-state conditions.

Water temperature is used to determine the number of required layers of clothing under the survival suit: For winter operations (water temperatures of +10° C or lower), passengers are required to wear a thermally insulated garment in addition to three layers of normal clothing under the suit. In addition to severe wind and sea conditions, lightning also poses a significant safety risk for helicopter operations. And not only naturally occurring lightning – research from the UK Met Office has investigated instances of lightning strikes triggered by helicopters themselves. Lightning forecasts are used to some extent, but especially valuable would be to be able to detect the circumstances favorable for helicopter-induced lighting. This would improve safety by enabling aircraft to be kept away from at risk areas.

The existing MRUs (Motion Reference Units) and anemometers can measure deck accelerations and wind speed, but the sensor outputs need to be synchronized. The MSI calculation needs to be implemented either in the data logger or into the HMS software. In addition, the HMS software user interface needs to be modified to show MSI/WSI values. Wave parameter measurement will create demand for new sensors. Currently the wave sensor is often incorporated into the HMS to provide decision-making support in customer operations, but if wave measurement becomes mandatory, it will be a standard feature in the future.

To ensure correct calculations and consistent measurements in the HMS, system testing in an independent laboratory will be required for manufacturers to gain official certification for their HMS.

The article was originally published in Scandinavian Oil-Gas magazine in the December 2014 issue.