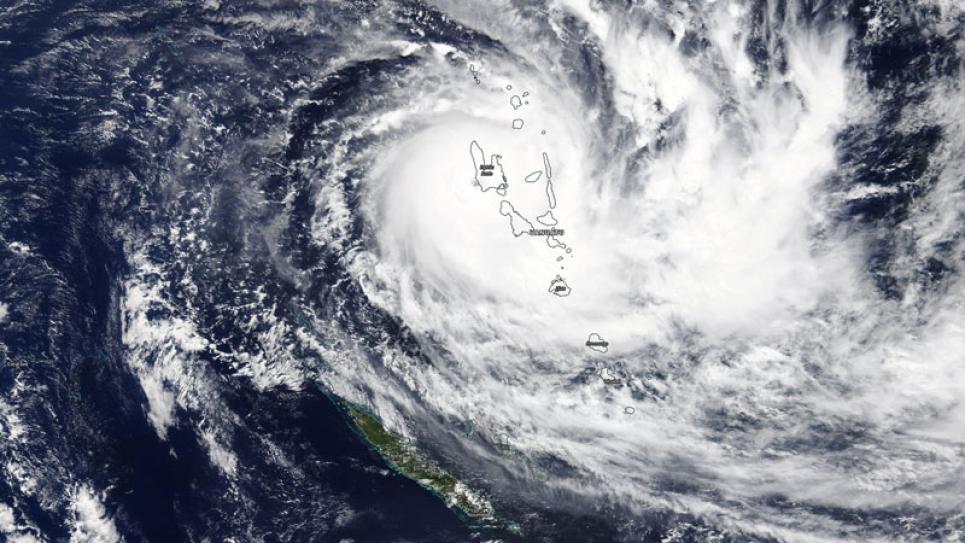 As Tropical Cyclone Harold approached the island nation of Vanuatu in the early morning hours of April 6, Vaisala Global Lightning Dataset GLD360 detected the Enveloped Eyewall Lightning (EEL) Signature. The EEL Signature is a phenomenon that was defined by Vaisala researchers and refers to active lightning that completely wraps around the eyewall of very strong tropical cyclones. Cyclone Harold made landfall with sustained winds of at least 125 knots shortly after the EEL Signature appeared. The EEL Signature as detected by GLD360 can be seen in the map below.

The study of lightning in tropical cyclones is a relatively new science, thanks to the development of long range lightning detection systems like GLD360. GLD360’s unique method of lightning detection offers unparalleled performance around the world, allowing meteorologists to monitor lightning in remote regions of the world in unprecedented detail. This data quality gives forecasters an additional tool for issuing high quality, life-saving alerts.

Tropical Cyclone Harold formed between the Solomon Islands and Papua New Guinea last Wednesday April 1. Flooding and downed trees were reported in the Solomon Islands. Harold then made landfall on the island of Espiritu Santo in Vanuatu, and will move slowly through the South Pacific archipelago country with strong winds, heavy rain, and storm surge before tracking near Fiji later this week. While moving over northern parts of Vanuatu, Harold had maximum sustained winds equivalent to a Category 4 hurricane on the Saffir-Simpson Hurricane Wind Scale.