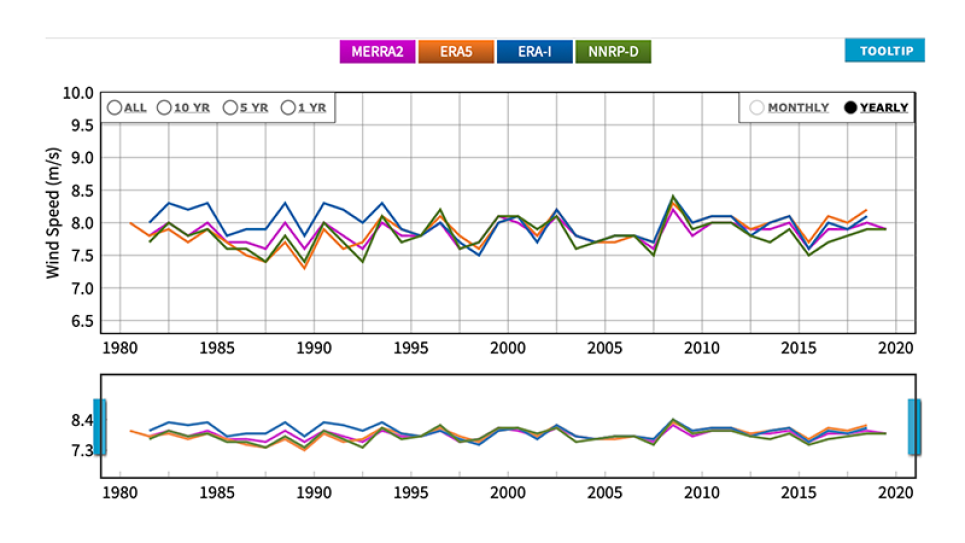 When evaluating the suitability of a particular site for wind energy development, gaining an accurate picture of the site’s long-term meteorological characteristics is crucial to reliably estimate the site’s potential future energy generation and to quantify the uncertainty around that estimate. However, very few wind energy projects are fortunate enough to have long-term (decades or longer) meteorological measurements taken directly on-site. To address this issue, it is standard practice in wind resource assessment to construct a synthetic long-term meteorological record at the project site by using statistical techniques to extend relatively short-term on-site measurements using a nearby long-term reference dataset.

Vaisala relies on reanalysis data as this long-term meteorological reference in our wind energy due diligence services. Reanalysis datasets are constructed by assimilating (incorporating) historical and present-day weather observations into a global climate model to produce an accurate representation of the state of the atmosphere; the end result is a gridded, three-dimensional meteorological dataset with global coverage that extends over a period of several decades.

There are multiple high-quality reanalysis datasets produced by various governmental organizations around the world. One of these datasets, the ERA-Interim reanalysis produced by the European Center for Medium-Range Weather Forecasts (ECMWF), has long been a staple of the wind resource assessment industry. However, ERA-Interim is built on relatively old technology from 2006 and has been increasingly unable to incorporate innovative new types of observational data, in addition to suffering from an overall decline in the number of observations used as old instruments fail. For these reasons, ECMWF retired the ERA-Interim dataset in September 2019.

In its place, ECMWF has debuted ERA-Interim’s successor, ERA5—and Vaisala has recently incorporated ERA5 into our wind energy due diligence services and our online wind prospecting tools to take full advantage of its innovative new benefits. ERA5 boasts a host of improvements, including more than doubling the spatial resolution of its predecessor, which allows spatial variations in the wind resource to be captured with more fidelity, and increasing the frequency of data output to every hour (six times more frequent than ERA-Interim), which better captures day-to-day and hour-to-hour fluctuations in the wind resource due to the passage of weather systems. Perhaps most strikingly, ERA5 takes advantage of new, modern observations; at the end of 2018, ERA5 incorporated approximately 24 million observations per day—about five times more than ERA-Interim!

All of these factors are expected to lead to greater accuracy of ERA5 relative to ERA-Interim, but what impact might these changes have on the estimated long-term wind speeds at a potential wind energy project? To answer this question, Vaisala has compared the long-term wind speeds implied by ERA5 and ERA-Interim at 118 meteorological masts distributed across the United States, Europe, and Southeast Asia. The estimates were constructed by using a numerical weather prediction model to downscale the reanalysis data to 4.5 km spatial resolution, and then statistically correcting the modeled data using on- site observations via Vaisala’s proprietary Model Output Statistics (MOS) process.

If one were to follow the approach common in the rest of the industry—which is to identify a statistical relationship between the on-site observations and a single long-term reference wind time series and use that relationship to synthesize a long-term on-site time series—these changes in the long-term wind speeds from ERA-Interim to ERA5 could have a jarring effect on project energy estimates. In contrast, Vaisala uses an ensemble of the three leading reanalysis datasets, now including ERA5, downscaled using a state-of-the-art weather model as the basis of the long-term meteorological reference. (An ensemble is an average of datasets, weighted according to our expert knowledge.) By using an ensemble approach, Vaisala’s estimates of the long-term wind speed at a given project site are much less vulnerable to potentially large changes in individual reanalysis datasets.

To illustrate this point, Figure 2 shows the long-term wind speeds at the same 118 meteorological masts, but this time predicted using Vaisala’s reanalysis ensemble method. For the predictions shown on the x- axis, the ensemble includes ERA-Interim as an ensemble member; for the predictions shown on the y- axis, the ensemble includes ERA5 as a replacement for ERA-Interim. The markers fall much closer to the one-to-one line, indicating that the changes induced by a switch from ERA-Interim to ERA5 are buffered when Vaisala’s reference ensemble method is used as the basis of the long-term meteorological reference. Indeed, changes in the long-term wind speed adjustment range from –1.8% to +0.5%, with a mean change of –0.3%. Moreover, while most locations see a decrease in the mean long-term wind speed after the incorporation of ERA5, the impact on the highest and lowest wind speed projects is significantly reduced.

Vaisala is pleased to now offer ERA5 in its wind due diligence services and its online wind time series tool. ERA5 is expected to lead to better accuracy when estimating the spatial distribution of the wind resource and its day-to-day and hour-to-hour variability at potential wind energy projects. These improvements are desired but could lead to large changes in project energy estimates if the traditional approach to estimating long-term wind speeds is taken. Fortunately, Vaisala’s reference ensemble methodology is uniquely able to incorporate information from all three of the world’s leading reanalysis datasets in order to provide relative stability to project energy estimates over time. 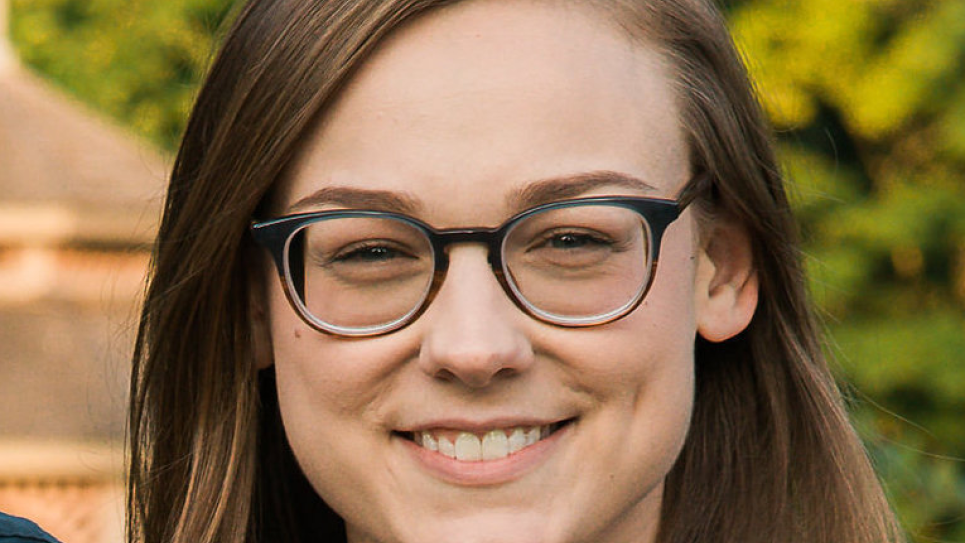