Vaisala Xweather is first to offer new type of data on lightning in the U.S. – A game changer for lightning-sensitive businesses 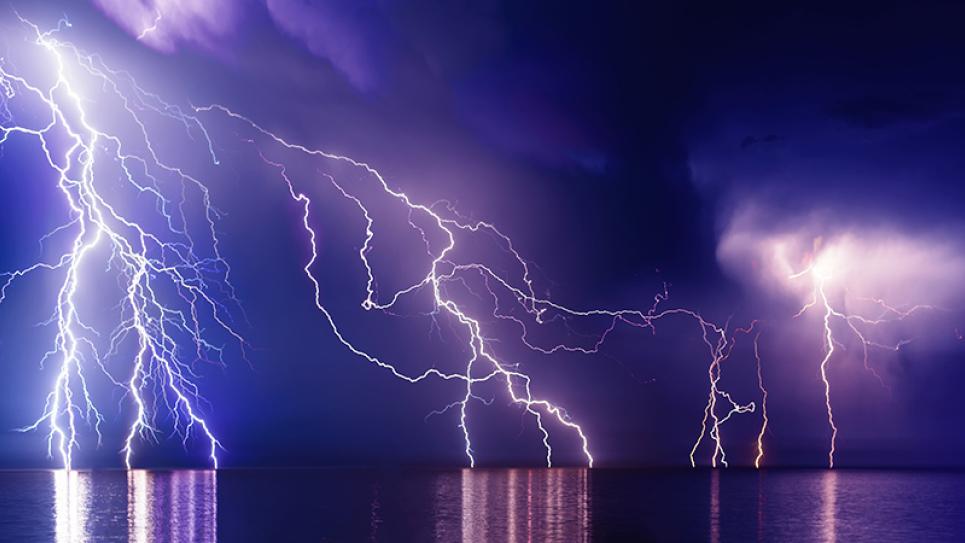 Vaisala Xweather is first to offer new type of data on lightning in the U.S. – A game changer for lightning-sensitive businesses

Previously available lightning insight only tells half a story when it comes to protecting against the significant damage done by lightning in the U.S. each year, according to Chris Vagasky, meteorologist and lightning expert for Vaisala Xweather. The company’s innovation provides accurate data on the potential for damage from each lightning strike. Vagasky also used the improved data at the American Meteorological Society Annual Meeting today to finally answer a question causing debate amongst meteorologists: exactly how often does lightning strike in the U.S.?

All lightning transfers electric charge but in terms of risk for damage, all lightning isn’t the same. To help lightning-sensitive industries to minimize damage caused by lightning, Vaisala Xweather introduced Strike Damage Potential. It is the world’s first solution to group cloud-to-ground lightning strokes into lightning strike points and the first to provide accurate data on the potential for damage from each lightning strike.

60% differences in data about lightning quantity in the U.S.

A single cloud-to-ground lightning flash might contain tens of lightning strokes. The strokes can in turn either hit the same or separate strike points on the ground. The amount of electric charge transferred to each strike point varies on the quantity of strokes to that point and their intensity, polarity and duration.

Differences in accuracy of the data used and the types of lightning included in the measurements have caused debate in the meteorological community on how much lightning actually strikes the U.S. With Vaisala Xweather’s improved lightning data, Chris Vagasky is now confident to give an exact answer.

“The National Weather service says lightning strikes about 25 million times in a year in the U.S., while the Centers for Disease Control quotes around 40 million. That is a 60-percent difference. This causes confusion for the lightning protection and scientific communities,” says Vagasky. “With the new data available, we are able to state that the six-year average between 2017 and 2022 in the United States was 58.1 million cloud-to-ground lightning strokes per year hitting 38.6 million individual strike points.”

Lightning poses a significant threat to people and property. In the U.S., 11 people died and 69 people were injured from being struck by lightning in 2021. Property damage was significant, with the Insurance Information Institute reporting insurance claims worth over USD 1.3 billion in 2021 from American property owners. Additionally, lightning can cause a threat to public safety if it does damage to high-security structures, such as power stations and grids or storage facilities for explosives and fuel.

Vaisala Lightning Damage Potential identifies lightning strike points and ranks their potential for damage. It also identifies the damaging strikes with higher probability of continuing current – lightning that lasts longer than 40 milliseconds, which can cause extreme heating and start fires.

“Our findings will make life easier for many operating in lightning-prone areas. For example, this data gives us an unprecedented ability to single out the lightning strokes that are most likely to start wildfires. If these early warning signs are utilized proactively, it can help people and businesses in those areas protect themselves,” Vagasky continues.

Vaisala Strike Damage Potential builds on data from Vaisala’s National Lightning Detection Network (NLDN), which measures lightning activity to an accuracy of better than 100 meters nationwide. The network of combined magnetic direction finding and time-of-arrival sensors accurately detects more than 99% of all cloud-to-ground lightning flashes in the continental United States, as well as over 95% of all individual lightning strokes.

About Vaisala
Vaisala is a global leader in weather, environmental, and industrial measurements. Building on over 85 years of experience, Vaisala provides observations for a better world, with space-proof technology even exploring Mars and beyond. We are a reliable partner for customers around the world, offering a comprehensive range of innovative observation and measurement products and services. Headquartered in Finland, Vaisala employs over 2,000 professionals worldwide and is listed on the Nasdaq Helsinki stock exchange.

Vaisala Xweather is a leading forecast and observation service using a combination of intelligent sensor hardware and software.