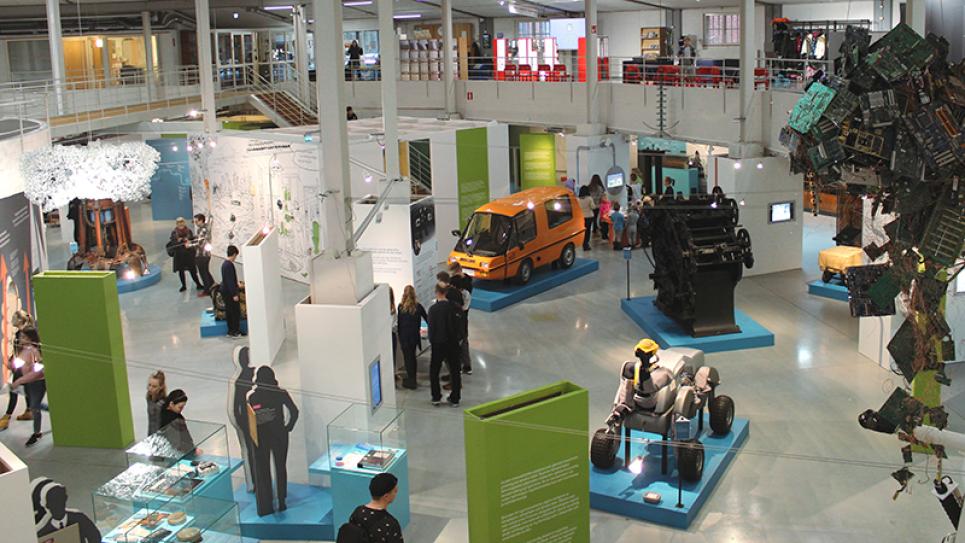 In Finland, Vaisala partners with Heureka Science Centre to increase awareness of atmospheric sciences as well as participates in the TechLand exhibition in the Museum of Technology to showcase the importance of measurement technology for society. This way Vaisala promotes innovation and encourages youth and adults alike to take an interest in science.

Vaisala sponsors the Science on a Sphere exhibition, a display system of four video projectors that project animated images illustrating current phenomena on the globe and in space. During guided performances, participants get to analyze satellite data about the oceans, climate, the earth’s crust, and space.

Science on a Sphere came to Heureka in September 2009. Since then, the Center has hosted more than 1,500,000 visitors. The exhibition is an integral part of Heureka's event activity and has been utilized, for example, in both climate change and space exploration events and projects.

Science on a Sphere has been designed by the National Oceanic and Atmospheric Administration (NOAA) in the United States.

Journey in the Intelligent City

The key to an intelligent city is everyday technology assimilated in the urban environment. An intelligent city develops electronic services that make people’s life and travelling easier. Citizens have enough information to support their choices and decision-making in the day-to-day life. A good example of such information is local air quality information that would help a cyclist decide on the best route to work each morning.

Part of the Past and the Future

The TechLand exhibition at the Museum of Technology showcases the significance of technology, innovations and industry for the evolution of modern Finland. It depicts the role of technology in the past, the present, and the future and discusses the topic through the stories of pioneering Finnish technology companies. Vaisala exhibits, among others, its first commercial radiosonde RS11.

The exhibition opened in October 2017, and in 2018 the museum was visited a by a record number of 40,000 visitors. The exhibition has especially intrigued families and schools, raising children’s interest in science.