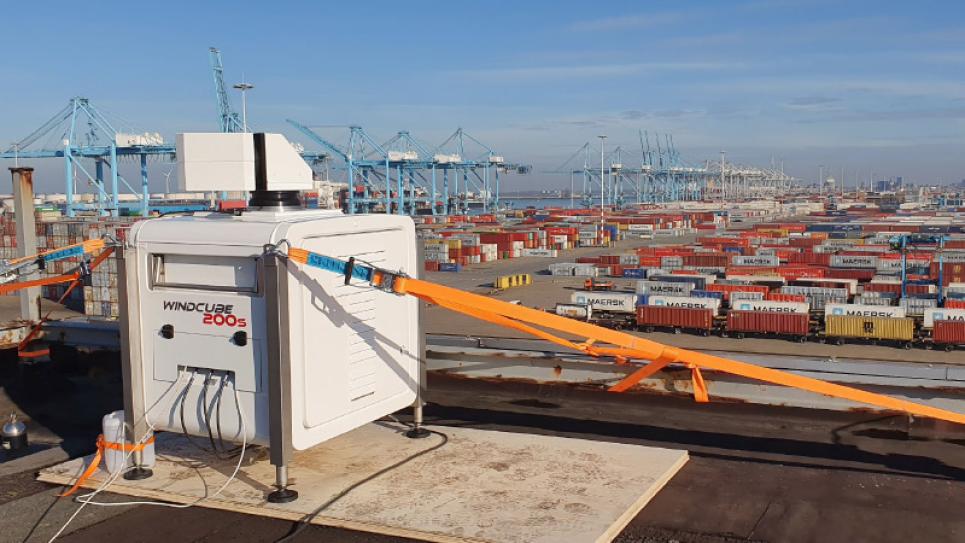 Wind is, by far, the number one weather-related challenge affecting port operations and vessels at seaports. A study by one maritime insurer found that almost half of all claims were caused by wind: wind on cranes (21%), wind on cargo (15%), and wind on property (10%). Container ships, cruise vessels, and LNG carriers feature increasingly large windage profiles, and can be quickly affected by sudden, severe winds while navigating into and out of harbor, even while at berth. The cranes used to move cargo are also susceptible to toppling by strong winds, especially during the loading and unloading process.

In the port environment, wind is variable in space and time, whereas engineering methods rely on uniform and standard spectrum. This only adds to the challenges container ships and cruise ships face in maneuvering and mooring in strong winds.

The Maritime Research Institute Netherlands (MARIN) launched the Wind Loads and Securing Ships Joint Industry Project (WindLASS JIP) to develop a practical wind load prediction tool. The project looks to gain an understanding of the 3D wind field in exposed ports and waterways, as well as the influence surrounding buildings, container stacks, and other vessels have on that 3D wind field. The results will be used to improve the wind models in order to predict wind loads on ships and their response including drift angle, berthing loads, and mooring line loads.

The first test was at the Port of Ijmuiden, Netherlands, and was focused on assessing the wind load on ships approaching the locks. A single WindCube Scan 200S long-range lidar was strategically installed on the docks to provide wide coverage out to the port entrance. After three days of capturing wind measurements, the unit was removed.

The ensuing data provided detailed observations of the turbulent wind fields, including radial wind speeds and horizontal winds, over the container stacks toward moored ships.

The unit will be relocated to three additional test installations planned for Rotterdam, Amsterdam Cruise Port Terminal, and Hamburg. Future test applications will see the WindCube Scan deployed from ships in operation, enabling an unprecedented view of the undisturbed free stream wind profile.

Once the test campaign is complete at the selected port locations, the results will allow MARIN to develop improved wind models for wind engineering that take into account the complexity and turbulence of wind in seaports. These new models will form the basis of a dynamic wind load and mooring analysis tool that JIP participants can use to refine mooring protocols, reduce wind-induced incidents, minimize wind-related damage, reduce costly downtime, and improve overall operations in their ports.

A better understanding and modeling of the wind in ports will help improve the safety of ships and the up-time of terminals. It will also help MARIN realize the goal of their Windlass JIP: maintaining safety and achieving the best cost efficiency by delivering the accurate, high-quality weather data needed to greatly enhance the fidelity of real-world vessel performance evaluation.

"For our application we require the highest resolution both in time and space. Along with the support we get from Vaisala specialists, the WindCube Scan 200S enables us to measure the wind with its spatial and temporal variations which are important for large vessels both navigating and moored to the quayside."
Henk van den Boom
MARIN Senior Project Manager