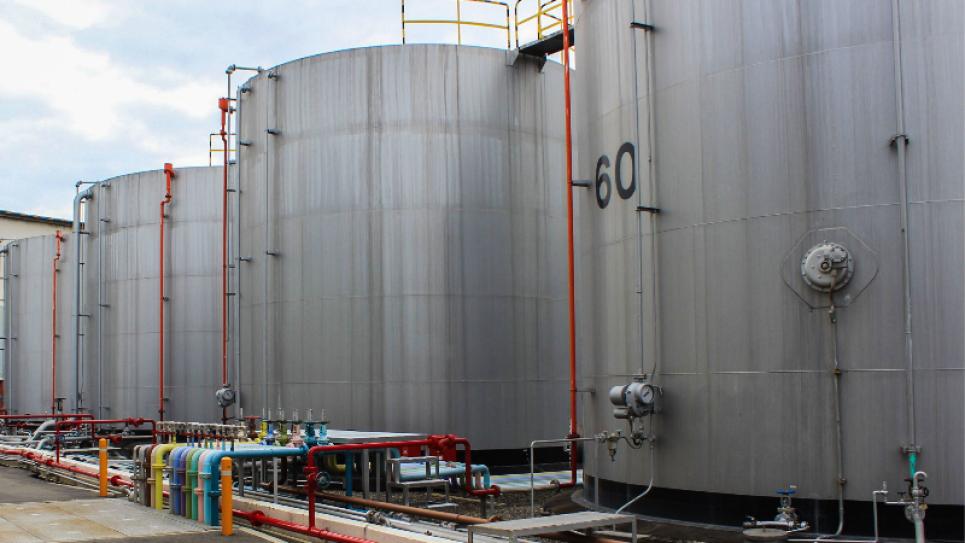 Kanden Engineering, a subsidiary of Kansai Electric Power Company, is active in a wide range of business operations, with a focus on the construction and maintenance of power supply facilities. The Oil Division of Kanden Engineering manufactures and sells electrical insulating oil for a variety of electric power equipment, from high-voltage wires to distribution equipment. The main insulating oil customers are transformer manufacturers and electric utility companies both inside and outside of Japan. The company began manufacturing electrical insulating oil more than 70 years ago. The Fukuzaki plant in Osaka continues to be the main production location. The Fukuzaki plant is the largest insulating oil manufacturer in Japan, which handles oil processing from refining and storage, to filling/shipping insulation.

Importance of insulating oil in the electric utility industry

Insulating oil is primarily used in high-voltage equipment such as transformers. Since high-voltage equipment is essential for stable power supply, preventing failure is crucial. Moisture in insulating oil lowers the breakdown voltage of the oil and promotes the degradation of insulation, which results in corrosion and hydrolysis in structural components (copper, other metals, paper, and resins) inside the transformer. For this reason, the performance requirements for insulating oil are extremely stringent. In other words, controlling the moisture content in insulating oil is a must.

Until recently, Kanden Engineering has been using the Karl Fischer method, a well-known precision measurement technique, to measure moisture content of insulating oil. The method is based on the chemical reaction between iodine and water. It allows the detection of even a minute amount of water. However, the user needs to possess background knowledge in order to obtain accurate measurement results. In addition,the insulating oil sample must be removed after measurement; further more the silica gel and the measurement solution must be frequently replaced. In addition, the strong odor of the solution always poses a great challenge for the staff. Measuring moisture content in insulating oil is labor-intensive and requires a high level of knowledge. Therefore the personnel working with oil moisture management began to have an increasing need for an easy-to-use moisture sensor that would provide as high a precision measurement results as the Karl Fischer method. 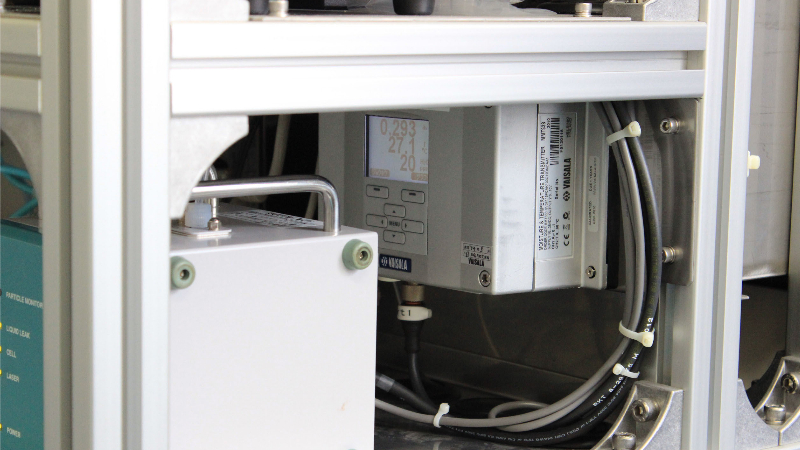 Testing and selection processes of the moisture in oil sensors

Furthermore, the differences between the moisture measurement results obtained with the MMT338 and with the Karl Fischer moisture sensor were extremely small at all concentration levels, indicating an extremely strong correlation between the two sets of measurements (Figure 2).

Choosing Vaisala for performance, ease of use, and low costs

The tests proved MMT338 was able to measure moisture content accurately without being affected by temperature, oil type or concentration level and that there were extremely small differences between the results of the MMT338 and the Karl Fischer moisture sensor.

In addition to this, various factors, including the extremely easy handling, fast measurement, and the ability to display moisture values, helped Kanden Engineering to select the MMT338 in only two to three weeks after sending the initial inquiry to Vaisala. This can be considered exceptional among Japanese corporations as a product adoption decision generally takes a long time. The staff members who manage measurement systems have also given the MMT338 a high rating thanks to its astonishingly simple usage and maintenance. Kanden engineering was able to plan to extend the calibration frequency to once a year, which makes maintenance easy.

1 The MMT338 automatically measures the insulating oil flowing through piping and displays the ppm value for water activity measurement (aw). By simply positioning a probe inside the system piping, the moisture concentration (ppm) and water activity measurement is easily, accurately, and continuously obtained. Users can check the measurement values immediately on the spot, which enables the easy implementation of advanced continuous status monitoring.

Although the most important criterion for model selection was not cost but performance, the MMT338 was the least expensive of the four final candidate models as well as the previous sensor. The fact that the MMT338 was able to reduce cost by 50% or more compared to the previous sensor helped to significantly speed up the selection process. The insulating oil mode and the superior performance-cost-ratio of the MMT338, coupled with the extremely fast and thorough responses to inquiries at Vaisala, became the decisive factors.

“By purchasing spare units and scheduling maintenance with calibration periods in mind, we can almost certainly achieve non-stop operation of our equipment,” says Seiichi Nishikawa, Engineering and Development Group Leader at Kanden Engineering. “The reasonable price also helped us to buy multiple units.”

Kanden Engineering is currently using the MMT338 in its pre-shipping testing and is also considering the possibility of introducing units into the quality inspection in refining. Although the moisture value is low immediately after insulation refining, there is a possibility that a minute amount of moisture enters the oil during transfer from a product storage tank into drums or a tanker truck. Since the moisture value measured prior to shipping is the final product quality check, accurate measurement is essential. Testing the insulating oil prior to shipping complies with Japanese Industrial Standards (JIS) and benefits the customers of Kanden Engineering. 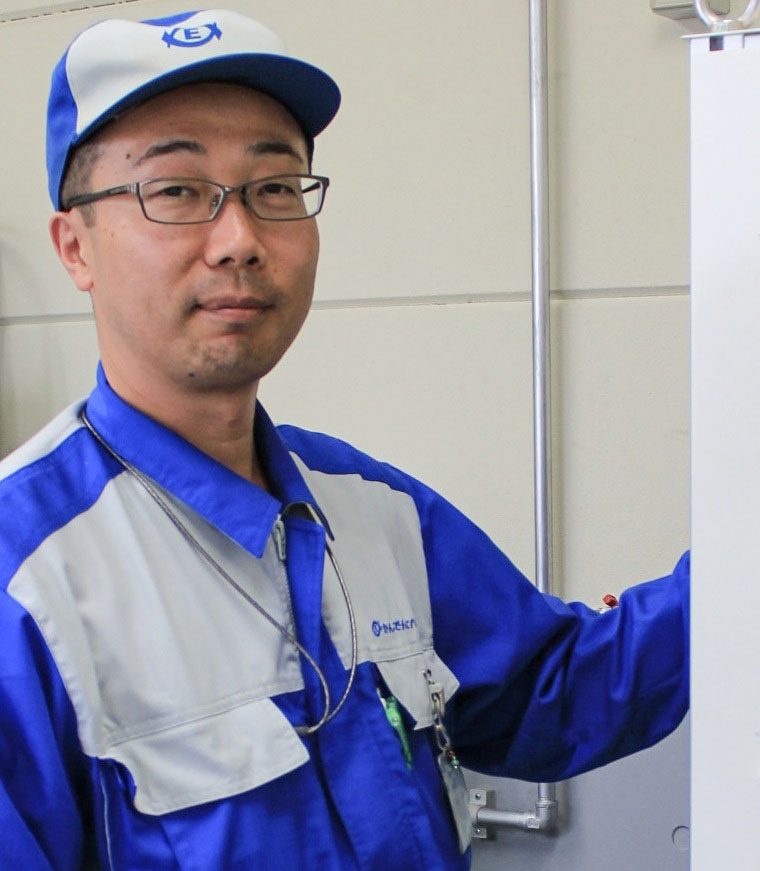 “Early on, when we had no pre-shipping test equipment within our department, we had to ask another department to perform testing for us. Consequently, it took about an hour before we could get the test results back. Moisture measurement costs were as high as several million yen a year. Installing our own measurement

equipment provided us with great benefits in the form of significant cost reduction and the ability to obtain the final check data before shipment in 20 minutes or less. Furthermore, because the MMT338 is capable of taking measurements that are much higher in precision than previous models we used, and because maintenance and measurement itself are so much simpler, I think its benefits are even greater. 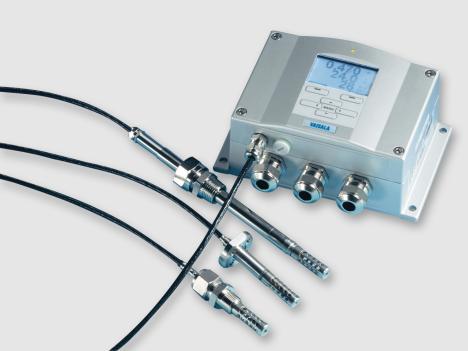