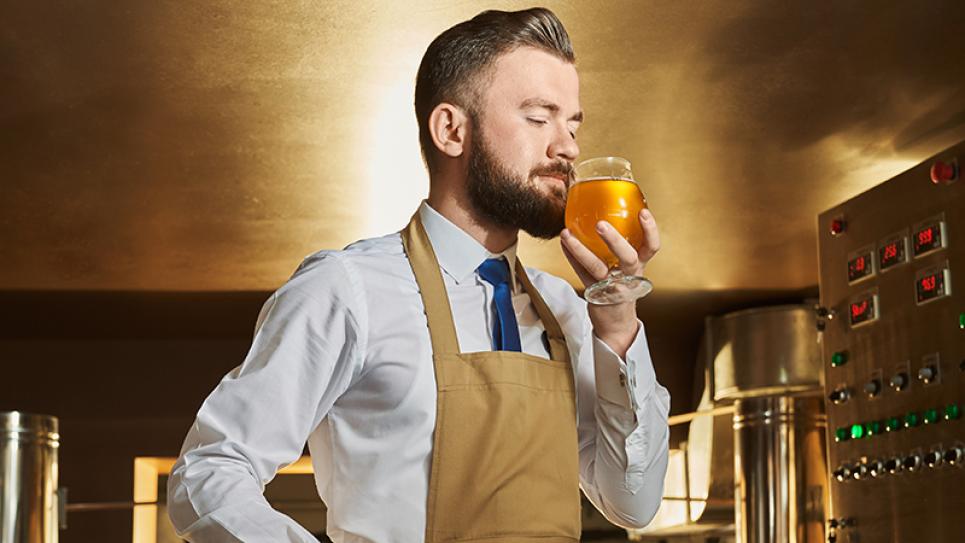 Brewers will often attribute their success to passion, determination, and innovation, but once a beer has been developed and branded, it’s all about consistency. Process monitoring, therefore, has a key role to play. In the following article, we explain how in-line refractometers, located strategically at every stage of the brewing process, enable process optimization, save energy, reduce waste, lower costs and help deliver top-quality beer.

Sampling vs Continuous monitoring
Some breweries rely on manual sampling and laboratory analysis, but there are a number of significant disadvantages with this approach, so there is an inevitable trend toward in-line monitoring and increased automation.

Laboratory analysis is obviously an essential component of research and development; providing an insight into the effects of different raw materials or processes on characteristics such as flavour and aroma. Laboratory analysis also plays an important role in investigatory work; helping to understand the chemistry. However, from a production perspective, sampling and analysis can be of limited value because of the cost and the delay incurred – by the time a lab result uncovers a problem; a significant volume of the product may have already passed through the brewery. Similarly, samples represent a ‘snapshot’ of the process at one moment in time, and are therefore unable to support feedback control or provide timely alarms, and are less able to uncover trends.

Monitoring technology
Vaisala’s K-PATENTS® sanitary refractometers can be calibrated in Plato, Brix, Balling, gravity, or density, depending on the preference of the brewery. They are available with 3-A Sanitary and EHEDG certifications and are designed to withstand CIP/SIP cleaning and rinsing procedures.

A number of different technologies have been employed to monitor various aspects of the brewing process, but some methods such as turbidity and density can experience measurement errors from fouling and interference by the larger suspended particles (especially in mashing and the lauter tun) and by the bubbles and foam that are present in most stages. Refractive Index monitoring is therefore preferred, and the key advantage of the Vaisala refractometers is that they provide accurate measurements at every stage of the brewing process without suffering from these interferences.

A further advantage of refractometers is their speed of response, which is a particular advantage in the packing/filling line and CIP process – this will be discussed later.

Refractive Index (RI) measurements are based on the angle of refraction of light in the process medium, using an LED light source. A sensor continually detects the critical angle at which the total reflection of light commences, and the concentration of dissolved solids is calculated taking pre-defined process conditions into account. Vaisala’s sanitary refractometers are therefore supplied factory calibrated to meet the requirements of the specific brewery and are deployed at most stages of the brewing process, some of which are described below.

Mashing
Typically, mashing takes place in a tun, which is an insulated brewing vessel with a false bottom. Malt is steeped in hot water which activates enzymes that cause starch in the malt to break down and release simple sugars, producing wort.

Mashing is a crucial step because it determines the final structure of the beer, so it is important to maintain a consistent wort output. The refractometer is used to measure the concentration of the mash in water at the outlet pipe.

The process by which the grains are separated from the wort is known as lautering, which is often conducted in a separate chamber known as a lauter tun.

Lautering
Sparge water rinses the grains inside the lauter tun to complete the extraction of sugars, producing a clear wort with a concentration that gradually decreases during the rinsing. The refractometer continuously measures this concentration, allowing the detection of the appropriate shut-off point for rinsing, which prevents the excessive use of water and saves energy.

Wort boiling
Once the sweet wort has been separated, it is pasteurized in a wort boiler or brew kettle, and this is the stage at which hops and other flavourings may be added. Wort boiling terminates enzymatic activity, preserves foam-positive proteins, evaporates unwanted flavour volatiles, and helps to form desirable taste and aroma compounds. It also brings the brew to the appropriate strength or gravity, so this is an extremely important stage in the brewing process.

The refractometer is installed directly in the wort boiler, providing continuous measurements of wort strength/gravity so that the brewer can determine exactly when the wort has reached the required strength. This improves beer quality and consistency while helping to optimize brewing time and energy consumption.

Whirlpooling
After boiling, the wort is transferred to a whirlpool, where solid particles (hop rests and coagulated proteins) are separated from the bitter wort. The whirlpool causes residual particles to coagulate and settle out of the liquid as a sludge known as trub, which is partially removed from the bottom of the kettle. It is important that the solids are removed quickly and effectively to produce a clear, bitter wort for transfer to the next stage, so a refractometer may be installed before and/or after the whirlpool. 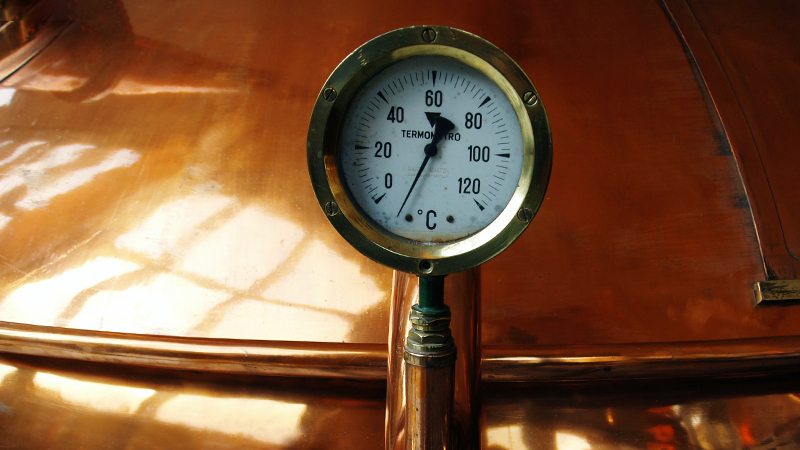 Cooling
Once boiling is complete, the wort is cooled by a heat exchanger which recovers some of the energy used to boil the wort. Refractometers can be installed in the outlet of the cooler as a quality control measure; ensuring that the bitter wort contains the correct level of dissolved solids before fermentation. Alternatively, or additionally, a measurement can be made after the boiler and prior to the whirlpool, to avoid the possibility of processing bitter wort that does not meet the required specification.

Fermentation
During the fermentation process, yeast converts sugars and amino acids in the wort to carbon dioxide and alcohol. The gravity of the fermenting liquid is measured as the specific gravity, or relative density compared to water. In the brewing industry, this is mostly measured on the Plato scale, which is very similar to the Brix scale used by the wine industry.

Spent yeast collects at the bottom of the fermentation tank and is regularly removed, which helps to clarify the beer.

The density of the wort varies according to the sugar content, so the density readings decline as fermentation progresses. The alcohol percentage can be calculated from the difference between the original wort gravity and the current specific gravity. Refractometers are therefore able to closely follow the fermentation process; providing brewers with real-time insights into the process, and allowing them to accurately determine when fermentation is complete.

Filtration and maturation
Maturation includes all transformations between the end of primary fermentation and the removal of yeast from the beer. After fermentation, the beer is allowed to rest, so that any remaining spent yeast can settle out. However, a number of filtration techniques are often applied to further clarify the beer. This is the final opportunity to affect the quality profile of the beer – flavour, bitterness, odour and foam stability, clarity, colour, alcohol, and gas content. All of which vary according to the requirement of the brand, so refractometers can fulfill a vital role in quality control.

Filling and CIP
When the beer is ready for distribution it is packed in bottles, cans, casks, and barrels which must be clean and sanitized. In addition, the internal surfaces of pipes, vessels, tanks, and packaging equipment must be cleaned between batches and between different products. Known as Clean in Place (CIP) this protects the beer products from microbiological and chemical contamination. In large modern breweries, the cleaning processes are complex, so automation is frequently utilized to improve speed and efficiency, and lower costs.

Continuous monitoring of packing and CIP processes with the Vaisala refractometers, therefore, enables automation, reduces wastage, and lowers costs and energy use.

Why use refractometers throughout the brewery?
In contrast with other methods, the main advantages of Vaisala’s refractometers are that they provide greater insight into every stage of the brewing process; they are not affected by suspended particles, bubbles, or colour, and with the option of automatic prism wash with steam or high-pressure hot water, they are not affected by scaling or fouling.

Each Vaisala refractometer is factory calibrated for the full measurement range (e.g. 0-100 degree Plato), which means they can be freely interchanged between installation locations without parameter changes. Furthermore, the Vaisala refractometers do not require any routine recalibration or maintenance.

In summary, it is certainly true that brewing success is underpinned by passion, determination, and innovation, but, with the help of refractometry, brewers can optimize their processes, reduce waste, lower energy consumption and rest assured that they will continue to produce consistently good quality beer. 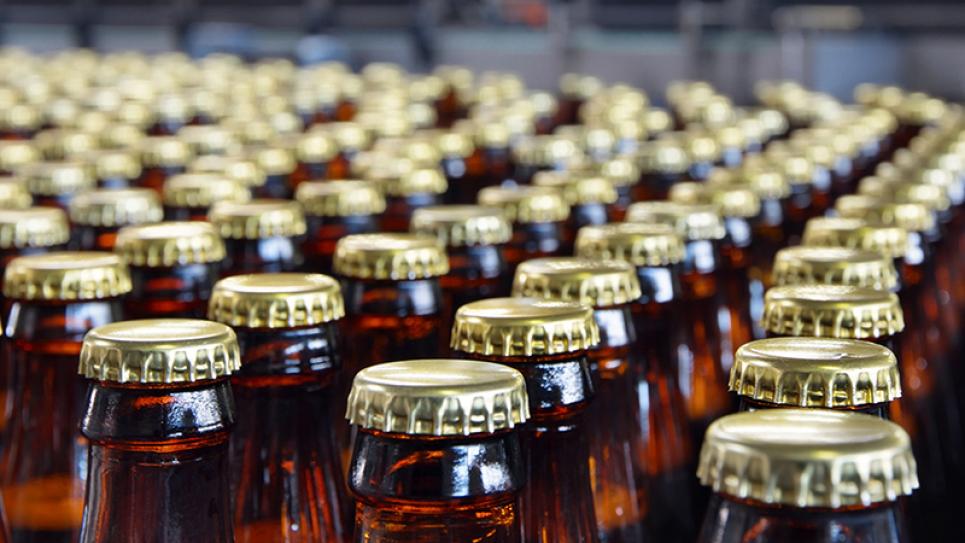 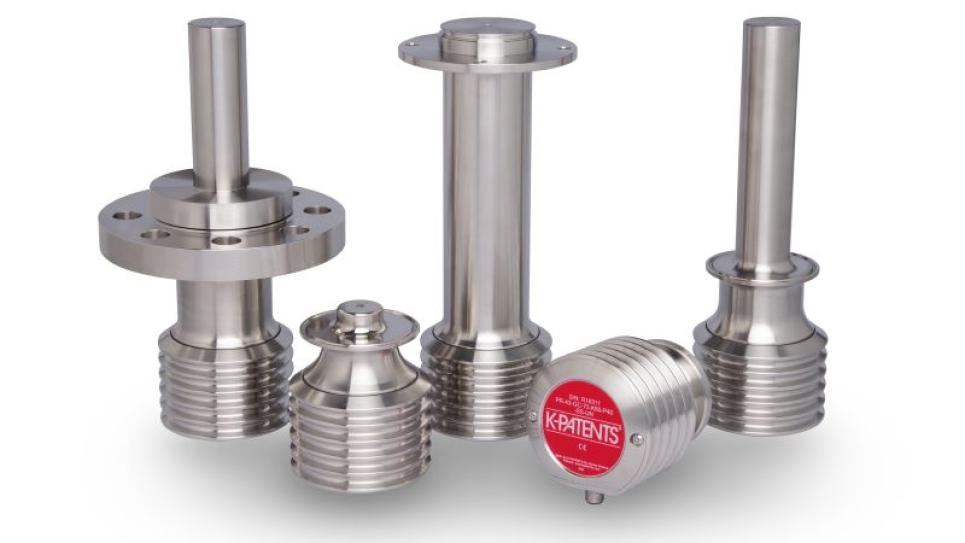