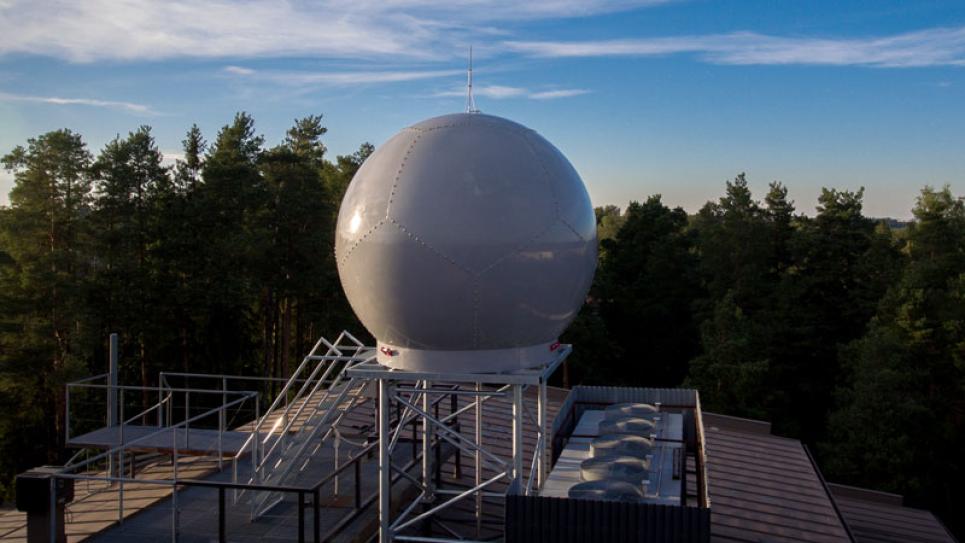 Technologies like Wireless Local Area Networks (WLANs) make our lives more convenient and productive, but did you know they can also interfere with weather observations?

WLANs operate at the same frequencies as some weather radars and can severely degrade measurements made by those radars. Weather radars work by sending and receiving pulses of energy at radio (microwave) frequencies. Radar receivers must be sensitive enough to detect light precipitation hundreds of kilometers away from the radar site. When another device near the weather radar emits even small amounts of energy at similar frequencies as the radar, the radar may receive interference called Radio Frequency Interference (RFI). When displayed, RFI can appear as dots, spokes, or streaks in the image of the weather radar data.

Mitigating RFI from weather radars is a challenging problem

Neither regulations governing the sharing of the radio frequency spectrum nor special hardware installed on the radars have completely solved the problem of mitigating RFI in weather radar data. Several software-based solutions have been attempted, but so far these methods haven’t proven to be sufficient in cleaning up weather radar data impacted by this type of interference.

Vaisala scientists have recently developed and applied for a U.S. patent on a software-based method for more effectively mitigating RFI in weather radar data. The method is based on techniques used in the field of computer vision. The method works by firstly detecting RFI in weather radar data, then removing the detected interference, and finally recreating a reasonable remaining signal to fill the areas that were previously corrupted. The new method has been successfully demonstrated on single- and dual-polarization moment data collected by radars operating at S-, C-, and X- frequency bands showing that it is both flexible and robust.

The figure above shows an example case of weather radar data collected by Vaisala’s Integrated Radome Mounted Apparatus (IRMA) prototype C-band weather radar deployed in Helsinki, Finland. The image in the left panel shows the original, RFI-contaminated data for a particularly challenging scenario. In this scenario, RFI is present where both precipitation is and is not present. In the right panel, the successful result is shown, with the RFI mitigation technique removing the corrupted signals in both areas of the image.

A particularly challenging scenario for mitigating RFI from weather radar reflectivity data. The image on the left shows the original data containing RFI exhibited as high-intensity streaks where precipitation is and is not observed. The image on the right shows the successful result removing these streaks and restoring the precipitation data in their places by applying the new method developed by Vaisala scientists to mitigate RFI from weather radar data.

More information and details on the method will be presented by Dr. Evan Ruzanski, Senior Scientist and lead of the team who developed the RFI mitigation method at Vaisala. The presentation will be given during the 20th Conference on Artificial Intelligence for Environmental Science at the American Meteorological Society Annual Meeting, Friday, January 15, 18:10–18:15 UTC. 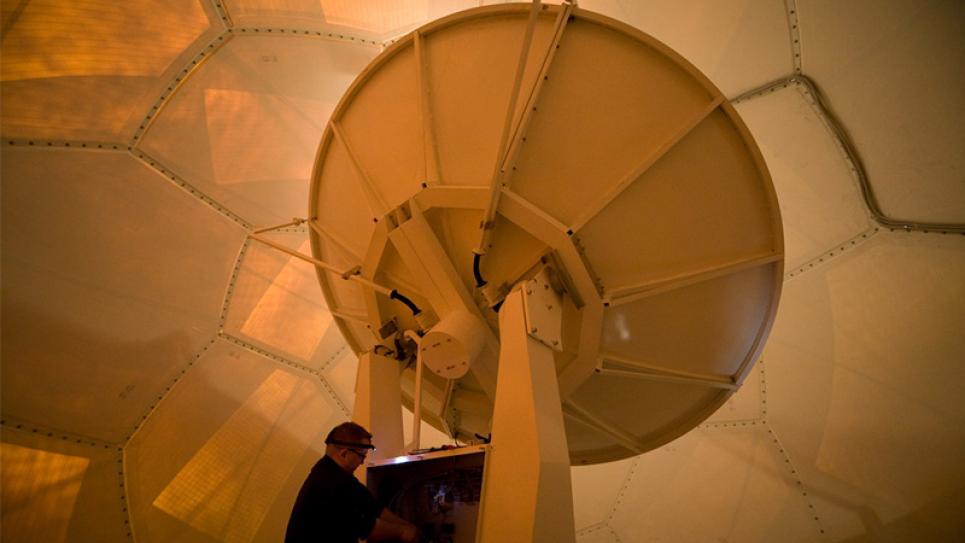 Vaisala weather radars are designed to produce superior data quality and availability, meeting even the most demanding requirements. With industry-leading data processing and hardware design, they are perfect for a wide variety of applications.