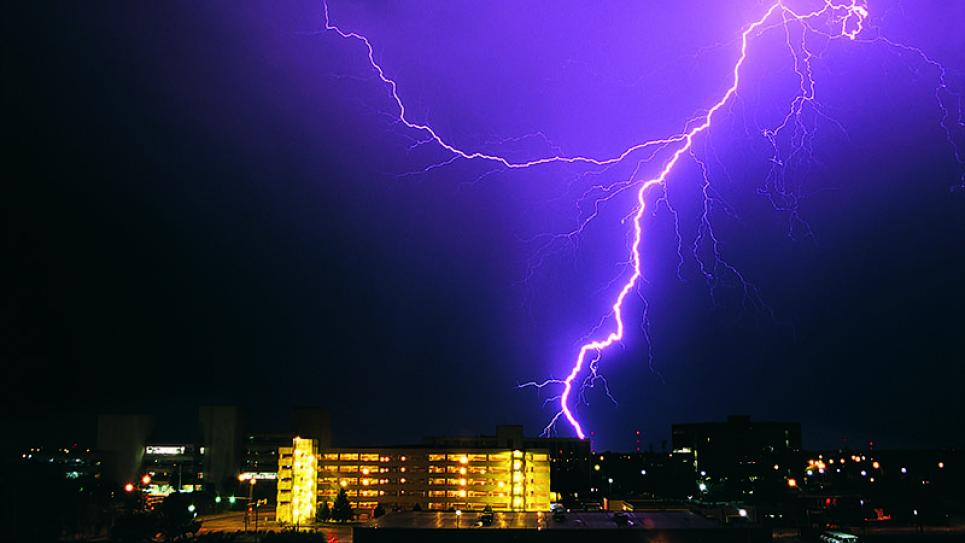 Vaisala’s data, released at the American Meteorological Society (AMS) Annual Meeting, show Florida with the most strikes per square mile and Texas with the highest overall number of strikes.

Vaisala, the global leader in environmental and industrial measurements, including comprehensive lightning data, today released its 2018 Annual Lightning Report. This year’s data show there were nearly two million fewer lightning strikes in the U.S. in 2018 compared to the 10-year average. Vaisala compiled data from its National Lightning Detection Network (NLDN) and analyzed the year in lightning to find 2018 had 17,804,321 negative cloud-to-ground flashes, the most common cloud-to-ground lightning. This marks the third-fewest flashes in the last 10 years and a 1.9 million flash decrease from the 2009 - 2018 average of 19,728,634 lightning flashes across the U.S. annually.

The report’s findings were announced at the AMS Annual Meeting in Phoenix this week.

“The likely reason for the reduction is simply that there were fewer big storms,” said Ryan Said, Lightning Research Scientist at Vaisala. “Specifically, there were fewer days with very strong air mass contrasts across the Central Plains and Upper Midwest during the spring and summer of 2018, which contributes to the severe weather season.”

Vaisala’s National Lightning Detection Network offers detailed accuracy in detecting both cloud-to-ground strokes and cloud pulses in and above local communities. The company recently announced its patent-pending innovation to detect continuing current associated with cloud-to-ground lightning events – which are much longer in duration and the most damaging to infrastructure – by combining the ground-based NLDN technology with data collected by the Geostationary Lightning Mapper on National Oceanic and Atmospheric Administration's (NOAA) GOES-16 satellite.

•    Florida has the highest average of negative cloud-to-ground flashes per square mile, with 24. Louisiana, Arkansas, Mississippi, and Oklahoma rounded out the top five.
•    Texas has the highest flash count, with 2,483,805 negative cloud-to-ground flashes. Florida is second with 1,385,710. Oklahoma, Kansas, and Nebraska all have just under one million flashes for 2018.
•    County lightning data shows Harrison County, Mississippi, has the highest 10-year average of flashes, but in 2018, Florida took 14 of the top 15 spots for the counties with the most lightning.

Accurate lightning information and education is critical. According to NOAA, the U.S. averaged 51 annual lightning strike fatalities and several hundred injuries each year during the last 20 years. In fact, the only weather events causing more U.S. fatalities than lightning are floods.

“We found some large areas that had less lighting than usual, including Texas, which had nearly one million fewer lightning flashes in 2018 than it had in 2017,” explained Said. “Additionally, Texas, Kansas, Oklahoma, and Missouri all had relatively cool weather last spring, and that meant fewer lightning flashes. At the same time, North Dakota, South Dakota, and Minnesota had larger organized storms, which resulted in a higher-than-average lightning activity compared to the 10-year average.”

For additional information on NLDN or to download the report, visit Vaisala.com.

About Vaisala:
Vaisala is a global leader in environmental and industrial measurement. Building on over 80 years of experience, Vaisala provides observations for a better world. We are a reliable partner for customers around the world, offering a comprehensive range of innovative observation and measurement products and services. Headquartered in Finland, with offices in seven U.S. cities, Vaisala employs approximately 1,600 professionals worldwide and is listed on the NASDAQ Helsinki stock exchange. For additional company information, please go to www.vaisala.com.