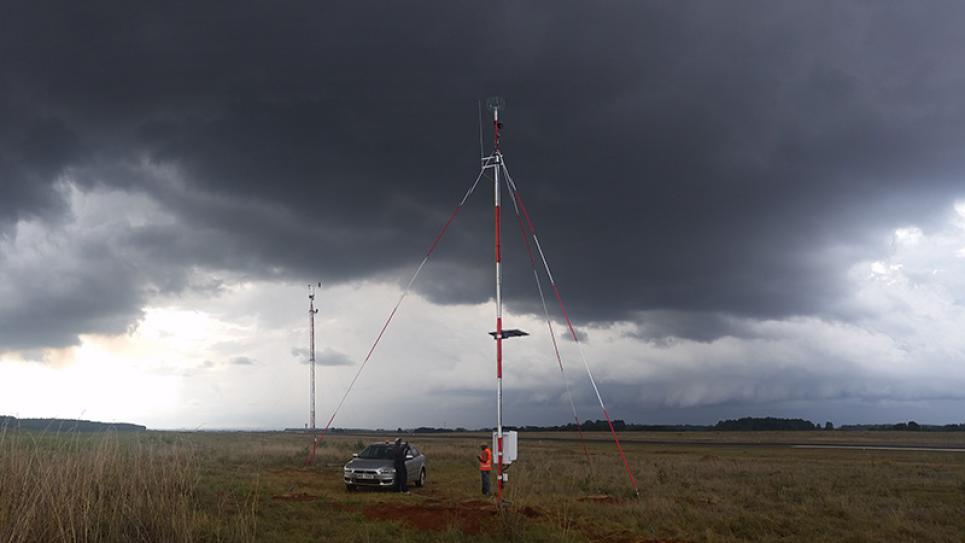 Weather affects the efficiency and safety of almost every operation at an airport, regardless of its size or location. But with the right technology and expertise in place, an airport can continue to operate whatever the weather. The Kenya meteorological Department relies on Vaisala weather-monitoring technologies, including the Vaisala AviMet® Automated Weather Observing System (AWOS), to ensure safe and efficient operations at three of the country’s airports.

“Vaisala’s deep knowledge of meteorological measurements and field practices makes them an outstanding provider of meteorological systems for airports. We are extremely pleased with the performance of the systems and our continued collaboration with Vaisala.”

Everything on track from day one

At the start of the project Vaisala experts visited all three sites during the summer of 2016 to agree on the optimal way to move forward and build relationships with key personnel. This ensured that the systems precisely matched the customer’s needs. Key personnel from KMD also visited Vaisala’s facility in Finland during December 2016 to participate in factory acceptance testing and take part in dedicated training sessions organized by Vaisala.

“Everything was carried out professionally and according to schedule by Vaisala’s skilled product and project engineers, and their work matched the project plan and project specifications exactly.”

Once the systems had been delivered to the sites in early 2017, a Vaisala field service engineer worked closely with the local partner to perform installation and on-site testing. This ensured that everything was up and running on schedule in the spring of 2017.

At all the three airports, the field sensor data is transmitted by UHF radio modems to the AviMet® central data units, which collect, process, monitor, distribute, and archive the data.

In addition to the Vaisala AviMet® AWOS, KMD also acquired the Vaisala Observation Network Manager NM10 to connect the systems together and enable remote fault diagnosis and maintenance for all three airports. In many cases this eliminates the need for KMD personnel to travel to the site to resolve potential faults. Different users can also view aviation weather information from all three airports in real time via a customizable browser-based view.

Furthermore, the project scope also included Vaisala Thunderstorm Manager, a web-based lightning display and alarm system for alerting users of approaching thunderstorms. The system helps to ensure the safety of local ground and maintenance crews while minimizing operational downtime at the airports.

Vaisala has been delivering weather observation systems to aviation authorities and meteorological offices in Africa since 1980. In September 2017 the company opened a permanent office in Nairobi to support its customers in Eastern and Southern Africa.