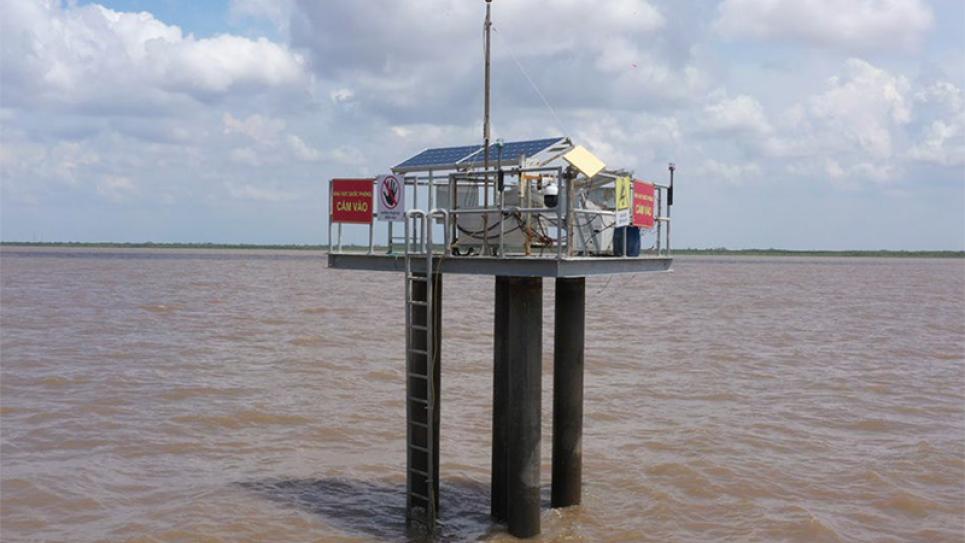 Phase 1A and 1B are each 200MW, and Phase 2 is 1,000MW. Phase 1A, which is expected to be operational in 2023, will include approximately 50 wind turbines located about 4km from the shore. The completed wind farm will power nearly one million homes and avoid around 1.2 million tCO2e (a combination of emissions from direct operations and electricity purchased) each year.

During the design of the measurement campaign, several measurement options were considered. An offshore mast was ruled out as it would involve extensive and time-consuming permits, exorbitant building costs, and, in this case, international contractors.

Based on its extensive experience with Leosphere, a Vaisala company, lidar equipment, Mainstream integrated two WindCube® vertical profiling lidars — chosen specifically for their proven reliability and accuracy in harsh offshore environments. Fortunately, the organization already had a WindCube at another location, which was available for immediate use.

After validation next to the onshore mast, the team quickly installed the first WindCube on a fixed offshore platform about 4km from the shore. Validation is an important step before the measurement campaign begins. Homann said, "For us, it’s good to see that the lidar operates as you intend it to before placing on-site and trusting it to be bankable. What you want to do is to convince your advisor that data is indeed bankable."

In September 2020, the second WindCube was installed on another offshore platform 17km from the first one. The fixed locations ensure consistent placement and data collection regardless of tidal conditions. Fixed lidar installations also allow easy and quick access to the lidar if needed.

In addition to the importance of validation, Homann sees the lidar validation step proving consistency and reliability enough that eventually it likely won’t be needed. "So, one of the main things now is to validate it against a met mast, and we do that for all projects for which we deploy lidars at the moment. But there is definitely a shift in the industry so hopefully one day we can deploy them without met mast validation."

With both WindCube lidars in place, Mainstream is getting exactly what it needs to prove bankability and get to the next step in developing the Phu Cuong Soc Trang wind farm. The lidar provides the WRA data needed to validate the expected wind speeds. As Homann puts it, "That’s the purpose of our lidars, and we also get that across various heights. The shear profile is also something we can better capture with the lidar offshore."

The advantages WindCube lidar provides would have been very time-consuming and expensive to replicate using an offshore met mast. Not only did Mainstream avoid a lengthy and expensive permitting and installation process, but it was able to quickly train two local contractors in Vietnam to provide support. Local support is especially valuable in saving time and costs and will be an asset to Mainstream as it expands development in the region.

Safety during on-site inspection is another advantage. WindCube sits on a platform 5m above average sea level, posing far less risk to a technician working at such a height compared to the 80–100m offshore met mast.

Mainstream counts on WindCube lidars for reduced uncertainty and eliminating bias. "My expectation [with lidar] is that your wind flow, your horizontal extrapolation uncertainty should decrease; your shear uncertainty on-site should definitely decrease. There are two parts to this: the first one would be to decrease uncertainty, but they [lidars] are also ruling out any form of bias [at the lidar measurement location]."

Phase 1 is currently undergoing third- party assessment, and Mainstream will discuss the results with an independent consultant before closing, but is excited to start Phase 2 measurements. "I am happy that we have got at least one year [of measurements] for each of the platforms because it gives us a good base and eliminates the seasonality effect, so your long-term assessments have slightly lower uncertainties because of that," Homann said.

Of course, the portable WindCube systems will help Mainstream to efficiently expand wind farm development throughout the region once this project is complete. The ability to repurpose the lidar and deploy it to support new campaigns makes the cost savings over time even greater. The future of clean energy and sustainability is looking bright in Vietnam.