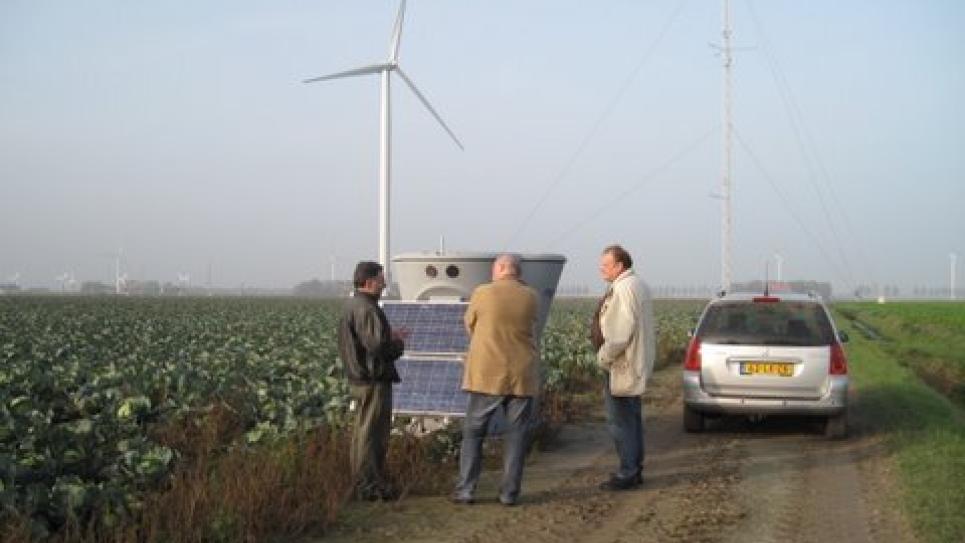 As wind industry buildout continues, it is more common to encounter measurements with data collected in a waked environment. What was once avoidable, more commonly has to be dealt with. There are various strategies for handling data that are potentially waked due to the influence of existing turbines.

IEC 61400-12-1 [1] offers guidelines for establishing relative distances from a measurement site to a significant obstacle, e.g. an existing turbine, such that the data are considered "undisturbed" for power performance tests. Based on these guidelines, measurement sites greater than 20 rotor diameters from an existing turbine would be considered "undisturbed." Vaisala believes there should be caution when simply ignoring the potential impacts of wakes, notably for sites with low turbulence intensity, which is often an indicator of stable atmospheric conditions where wakes may propagate distances farther than 20 rotor diameters.

For measurement sites that are "disturbed," IEC 61400-12-1 offers requirements regarding the removal of data from affected wind sectors. This methodology is generally effective in scenarios where existing turbine locations are oriented in non-predominant wind direction sectors, where data loss from the removal is minimal (5% or less). Utilizing a waked sector strategy can become problematic when existing turbines are in predominant wind direction sectors, as large amounts of data may be removed based on the IEC guidelines.

Another approach is the utilization of wake modeling to estimate the wake impact from existing turbines and adjust the wind speed data to estimate the free-stream wind speed ("de-waking" the wind speed data). Vaisala’s assessment methodology uses Numerical Weather Prediction (NWP) models calibrated by on-site measurements for wind resource assessments. The output from these models are used to calculate wind speed wake losses at measurement site locations using a proprietary time-varying wake model that utilizes the Larsen et al. (1996) [2] single turbine wake model. Because of concerns around wakes propagating distances further than what IEC 61400-12-1 considers "undisturbed," Vaisala often will utilize a "de-waking" strategy, even in cases where one might expect the impact from existing turbines to be negligible.

The follow true case illustrates the potential for wind speed data being affected by wakes propagating greater distances than what IEC 61400-12-1 considers "undisturbed." A measurement site within a particular project has existing turbines 5 km northwest and 10 km to the south. The predominant wind resource is from the south and northwest. Based on IEC 61400-12-1, the relative distance of the nearest existing turbines to the measurement site is over 45 rotor diameters, which would indicate "undisturbed" wind speeds. Because the measurement site showed low turbulence intensity (potentially indicative of stable atmospheric conditions that may lead to wake propagation), a wake analysis was performed. The estimated wake impacts were approximately 1.5% on wind speed, resulting in a 1.8% impact on gross energy. This is a significant impact on the expected output from a project in a scenario where one could easily dismiss the impact from surrounding turbines.

The strategy one should utilize when dealing with measurements potentially waked by existing turbines may vary from project to project, but the potential for wakes to propagate much further than one might expect makes the utilization of wake modeling an important tool for estimating free-stream wind speeds in a wind resource analysis.