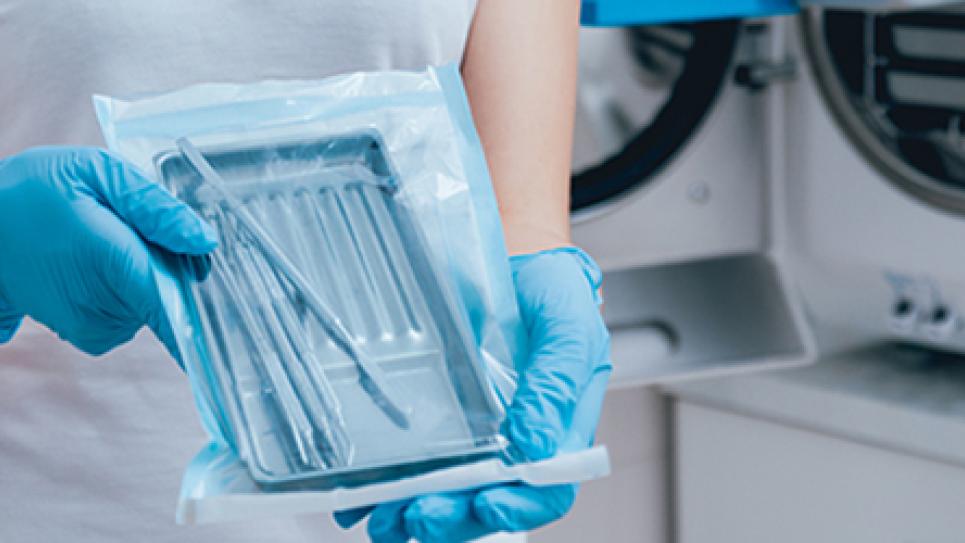 The Future of Bio-decontamination & Sterilization

What does Vaisala do?

Vaisala develops solutions for monitoring and controlling critical environments. Our sensors and systems are used in the manufacture of pharmaceuticals and biotechnological products, as well as in other life science related activities including: the manufacture of medical devices, or environmental measurement in specialized laboratories and hospitals around the world. Vaisala’s sensors measure parameters like Temperature, Humidity, Dew Point, CO2 and vaporized Hydrogen Peroxide.
This blog was edited February 18, 2019 - with thanks to sterilization experts from Steris Corporation.

Learning from our Customers

During customer site visits we have learned a lot about bio-decontamination and sterilization. For example, our customers and original equipment manufacturers (OEM) around the world anticipate an increase in the use of vaporized hydrogen peroxide over ethylene oxide. To understand this trend, it is useful to compare vaporized hydrogen peroxide to ethylene oxide to define applications that are best served by each.

Sterilization is a process in which a manufactured product is "purified" by a method or technique to remove microorganisms on, or in the products to ensure product safety and efficacy. In microbiological terms, the goal of sterilization is to achieve a predetermined sterility assurance level (SAL) of 10-6 or better. (I.E. The theoretical probability of presence of a single viable microorganism after the sterilization process is equal to less than 1 x 10-6; one in a million.)
Sterilization is performed by the following techniques:
1. Dry heat sterilization typically in devices called depyrogenators, which use very hot air.
2. Moist heat sterilization in autoclaves (typically at 121.5°C).
3. Sterilization by ionizing radiation (gamma irradiation from a radioactive source or beta radiation, which means high energy electron irradiation from an accelerator).
4. Sterilization with ethylene oxide (EtO).
5. Filtration of medicinal products that cannot be sterilized in their final container (aseptic filling processes; through a membrane with 0.2 µm or smaller pore size).
Vaporized hydrogen peroxide is used in bio-decontamination of various rooms and enclosures, isolators, filling lines, biosafety cabinets, and in material transfer chambers and airlocks. In addition, vaporized hydrogen peroxide is widely used for medical devices that have been used in a health care setting and that are being presented for re-sterilization, as well as for terminal surface sterilization in industrial pharmaceutical manufacturing applications, per ISO14937 requirements. Vaporized hydrogen peroxide is also defined as vapor phase sterilizing agent per USP 1229.11.

Vaporized hydrogen peroxide is an easy-to-use, safe, low-temperature bio-decontamination agent in equipment and facilities used within the life science industry and healthcare facilities. It is widely used to decontaminate isolators and cleanrooms in which aseptic filling processes are typically performed, or hospital rooms to get rid of infectious microorganisms such as Clostridium difficile. It is also used in sterilization equipment, for example in the AMSCO V-PRO maX manufactured by Steris Corporation.
Products that are effectively sterilized with vaporized hydrogen peroxide include medical devices e.g. outer surfaces of pre-filled vaccine syringes, contact lenses, forceps, scissors or endoscopes. Using vaporized H2O2 is an ecological method of performing bio-decontaminations and sterilizations because it leaves no residues, only water and oxygen.
When low-temperature vaporized hydrogen peroxide is applied in a sealed area, it is effective against a broad spectrum of biological organisms – including viruses, spores, bacteria and fungi – achieving more than 6-log bioburden reduction. Vaporized hydrogen peroxide is also compatible with a wide variety of materials.
In reference to Eudralex Volume 4, Annex 1 and expressed in "Expectations of the MHRA on Decontamination with Hydrogen Peroxide.” ...

"it is not an acceptable method to substitute component pre-sterilization with vaporized hydrogen peroxide introduced in an isolator manufacturing setting."

Vaporized Ethylene Oxide is typically used in low-temperature sterilization chambers on materials like electronics, optical equipment, paper, rubber, plastics, and especially medical devices, which are sensitive to temperature, moisture, or other chemicals. Ethylene oxide is a colorless flammable gas that leaves no residue when allowing for adequate aeration time after exposure.
EtO destroys microorganisms in a process called alkylation, which destroys cell membranes and the DNA of affected microorganisms. One of the main benefits of EtO is its wide range of material compatibility. Ethylene Oxide is accepted for sterilization of healthcare products. However, this method should only be used for sterilization activities when no other method is practicable. There are downsides to EtO, elaborated briefly below.  More information can be found in ISO 11135:2014 and in Eudralex Volume 4 Annex 1.

Comparison of Vaporized H2O2 vs. EtO

EtO has greater efficacy than vaporized hydrogen peroxide in penetrating hard-to-reach areas, such as lumens and different kinds of tubing. It’s also an accepted method for sterilization processes in healthcare facilities. Nevertheless experts and OEMs around the world see serious problems in using EtO, which are listed below:

Because of these issues many experts and OEMs that currently use EtO see its use decreasing in the future. Many companies foresee that vaporized hydrogen peroxide might be a good alternative for effective bio-decontamination and sterilization. The use of hydrogen peroxide has been increasing steadily as the tolerance for unsustainable, possibly dangerous processes decreases. Some OEMs already manufacture several different types of devices made to be sterilized with vaporized H2O2, while others still rely on vaporized EtO.
To serve this trend, Vaisala has developed the HPP270 vaporized hydrogen peroxide probes, which can be used with the Indigo200 Transmitters. The Indigo transmitters are also used with Vaisala's smart probes for Humidity, CO2 and H2O2 sensors.
The new HPP270-series probe uses Vaisala’s PEROXCAP® sensor designed for demanding hydrogen peroxide bio-decontamination. The probe is ideal wherever repeatable, stable, and accurate measurement is essential. The HPP270 probes are used in isolators, material transfer hatches, and room bio-decontamination applications.
There are two probe options: the basic HPP271 probe measures only H2O2 vapor concentration. The advanced HPP272 probe provides all the parameters you need to measure during bio-decontamination processes, including hydrogen peroxide vapor, temperature, and humidity; both  relative saturation and relative humidity. Recently, dew point and vapor pressure were also added to the HPP272 measurements.
The HPP270 probes can be used with Indigo transmitters as described above, or as standalone sensors to be connected to available systems such as programmable logic controllers. For easy calibration and adjustment the probe can be connected to Vaisala’s Insight PC software.

We invite you to watch these recorded webinars on hydrogen peroxide sensing and applications.