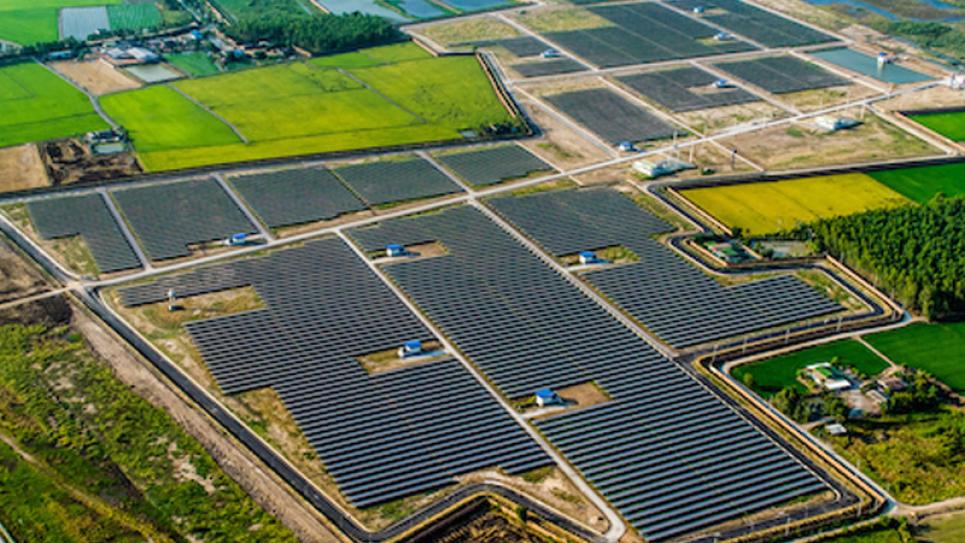 A Review of How Weather Influenced Solar Performance in Q1 2017

​Vaisala regularly monitors solar performance around the world to give the industry a perspective on how weather is influencing solar power generation. The early months of 2017 brought a departure from normal global horizontal irradiance, the key variable for PV plant production, caused by warm and wet conditions across much of the contiguous U.S. 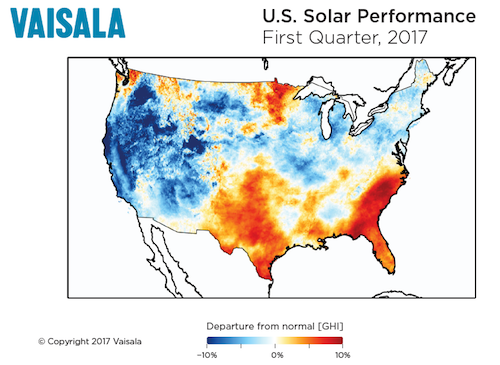 As illustrated by Vaisala’s Q1 map, wet conditions prevailed in the West, Southwest, and south-central Midwest regions, while warm and dry conditions were experienced in the Southeast. The regional pattern of above- and below-normal solar conditions across the country is also consistent with extreme temperature and precipitation recorded by National Oceanic and Atmospheric Administration (NOAA) for the first quarter of 2017.

Impact on Solar and the Larger Energy Industry

Warm wintertime conditions have a direct effect on the energy industry at large because they reduce energy demand related to heating. To place these recent conditions in context, the contiguous U.S. temperature-related energy demand during this year’s winter period was 85 percent below average. That is the third lowest in the 123-year period of record, according to data from NOAA’s Residential Energy Demand Temperature Index (REDTI).

In terms of the effect on solar energy, almost 30 percent of U.S. solar energy capacity is concentrated in California, Arizona and Nevada. All of these states experienced large, negative global horizontal irradiance (GHI) anomalies during the first quarter, with some areas exceeding 10 percent below normal. This heavy rain and cloud cover negatively impacted many solar operators within the region.

Interestingly, despite the low solar conditions in the Southwest, the anomalously high precipitation amounts in the West and Southwest, in combination with lower-than-normal energy demand, resulted in an oversupply of hydroelectricity. Consequently, energy generation from both wind and solar was strongly curtailed within the CAISO region during the first quarter. Even with this heavy curtailment, the CAISO real-time electricity price went negative on two occasions in March.

Looking solar performance in the first quarter, the observed regional pattern of negative anomalies and positive anomalies, speaks to the importance of strategic portfolio design, especially in terms of diversifying by technology and geographic distribution of assets. 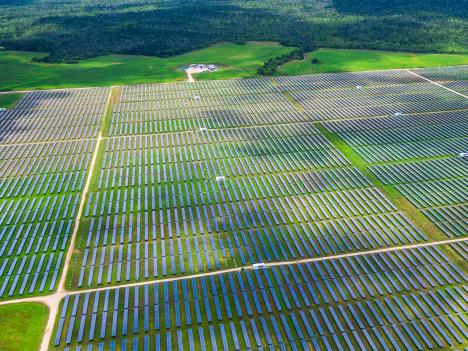 Solar Performance Reconciliation helps you make sure existing projects are operating at optimum levels, diversify your portfolio of assets, and...
Read more

As solar capacity grows so does its impact on the grid system and energy prices. Our forecast is designed to give energy traders, schedulers, and...
Read more 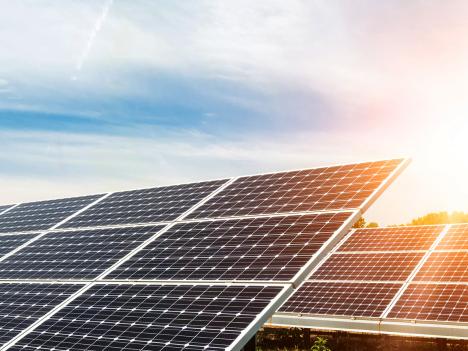 ​With more solar energy coming onto the grid every day, how can you successfully integrate and take advantage of this intermittent resource...
Read more