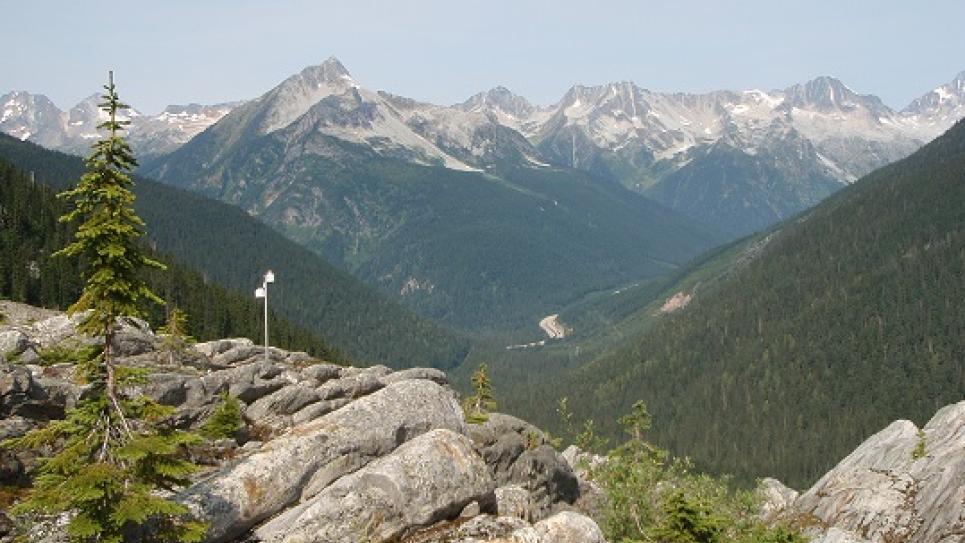 Weather patterns in mountainous regions are difficult to predict and tougher to study. First there is the issue of human access to remote areas. Then there is the treacherous terrain coupled with harsh and unpredictable weather. Thirdly, there is a range of terrain types within the whole mountain terrain, that is: summit, slopes, and valleys. For these reasons and others, the surface environments of mountains had not been documented as accurately as is required for predictive analytics. One way to derive reliable data from such a differentiated terrain would be to network sensor-equipped data loggers throughout, and then leave them there for a long time. But it's hard to find data loggers that can not only give accurate data in harsh conditions, but continue to do so for many years.

Shawn Marshall, a professor in the Department of Geography at the University of Calgary studies glacier dynamics, cryosphere-climate processes, paleoclimatology, and mountain meteorology. He and his team conduct field work and modelling studies in the Canadian Rockies and Arctic, Greenland, and Iceland. In 2003, Dr. Marshall discovered the robust Vaisala SP2000 temperature and humidity data loggers. For his research, he and his team created a network of these data loggers over 24,000 km2 in the Rockies west of Calgary, Alberta. The network spanned elevations ranging from 820 to 2950 m above sea level and captured the daily temperature patterns from 2005 to 2010. More than 40 loggers remain in place in one of the original transects and in support of ongoing focused studies in Canmore, Alberta and at Haig Glacier in Kananaskis Country.

The data loggers were set to sample hourly, each one encased in a radiation shield and, where required, set up 200 to 300 cm above ground to keep from being buried by snow. Researchers downloaded the data once or twice per year to derive average values and minimum/maximum temperatures. The sensors were calibrated to within 1°C of a reference. Over time the researchers found that the loggers recorded accurately and faithfully, and those that didn't failed catastrophically.

Rather than drifting slowly out of specification, the loggers that failed did so from circuit board corrosion caused by years spent outdoors. The SP2000 data loggers have an average sensor battery life of 10 years. No batteries died during the main study and, as of 2015, many data loggers are still functioning. Sensor attrition increased over time, generally as a result of corrosion associated with the accumulation of dust and Sulphur deposits. The Vaisala data loggers are normally used in indoor applications such as pharmaceutical stability chambers and tissue sample freezers.

With the data, the researchers went on to evaluate average monthly rate of temperature decline with increase in altitude using a multivariate statistical model that includes several terrain and surface factors. Initial data from the study were published in 2011 in Atmosphere-Ocean, the journal of the Canadian Meteorological and Oceanographic Society, in a paper titled: "Mesoscale Temperature Patterns in the Rocky Mountains and Foothills Region of Southern Alberta." 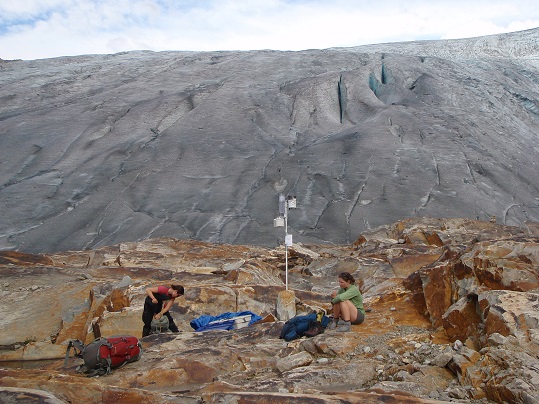 Mountain ecosystems are not only critical areas of biological diversity, they play an important role in the water cycle; an estimated half of the global population depends on water that comes from mountains. As Dr. Marshall's team and other researchers around the world add to our body of knowledge on climate and Earth system dynamics, industry, governments and regulators can use this information in decision-making for multiple applications; from water resource management to mitigation strategies in response to climate change.