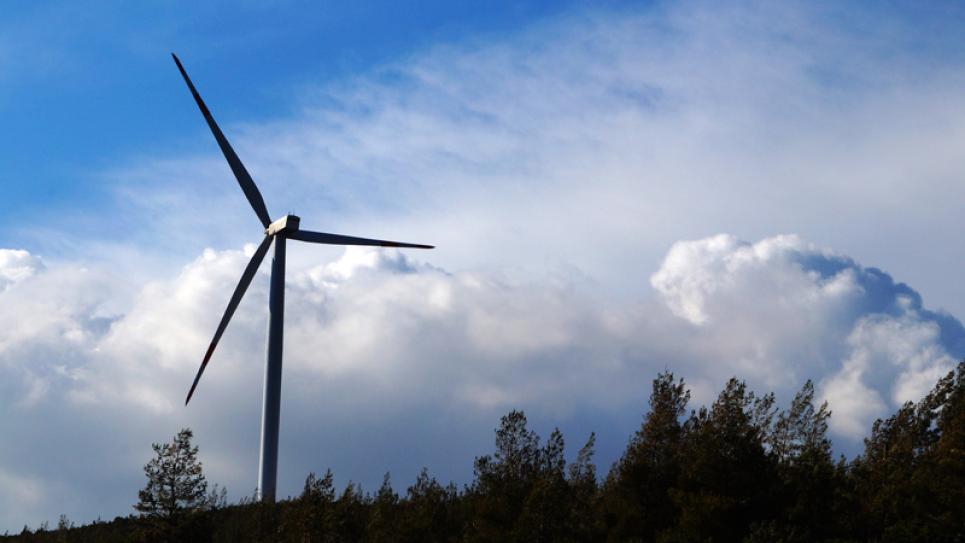 How did your Turkish wind projects perform last quarter? What about in 2014 or 2015? If production was above or below expectations, our recent report analyzing two years of wind performance across the country may help explain why.

The results reveal that in the Aegean and Marmara region, which accounts for nearly 75% of the country's installed wind capacity, 2014 was a low year with wind speeds 5 to 10% below normal while 2015 was close to average, aside from elevated wind speeds in the first quarter. Similar to last year, Q1 2016 experienced above average wind speeds by as much as 20% across most of the country, but largely outside of this major wind operations area. These dramatic shifts in wind speeds highlight the clear requirement to understand wind production variability prior to major investment. 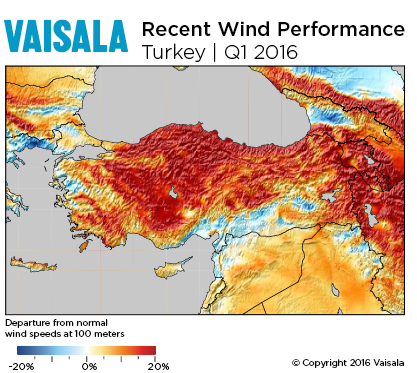 Turkey is one of the largest and fastest growing onshore wind markets in Europe. Its total installed wind energy capacity reached 4.7 GW in 2015, up from 3.7 GW in 2014, and the government's "Vision 2023" plan calls for capacity to exceed 20 GW by 2025. The auction expected in Q2 of this year for 3 GW of wind generation capacity was 14-times oversubscribed during the preliminary license application period. EMRA (the Energy Market Regulatory Authority) has also announced another 2 GW bidding process for October 2016, which will continue to mobilize near-term growth.

While auction tenders create opportunity, they also reduce project margins for developers. Ensuring developers appropriately structure and submit the best projects for auction, requires an accurate and reliable production estimate during the due diligence process. Without it, developers and government auctions may back the wrong projects, leaving operators without a solid benchmark of expected production variability and, in the case of severe underperformance, the potential risk of debt default.

This, combined with increased regional project scrutiny and stress testing at P75 and P90 levels, have made the accuracy and uncertainties of these values critical to project success.

"There remains significant variability throughout the year and climate conditions can cause highs or lulls for sustained periods of time. For prospective developers and investors this equates to a risk of underperformance and the resulting drop in forecasted revenue."

Driven by industry demands, Vaisala was an early pioneer in this area, introducing techniques supported by weather science, and continues to set the benchmark for accuracy, recently exhibiting near zero mean bias error compared to actuals in the world's second largest validation study.

For more information on the range of services offered by Vaisala to the renewable energy sector, please meet us at Stand #F119 at ICCI 2016 in Istanbul 27-29 April or visit www.vaisala.com/energy.